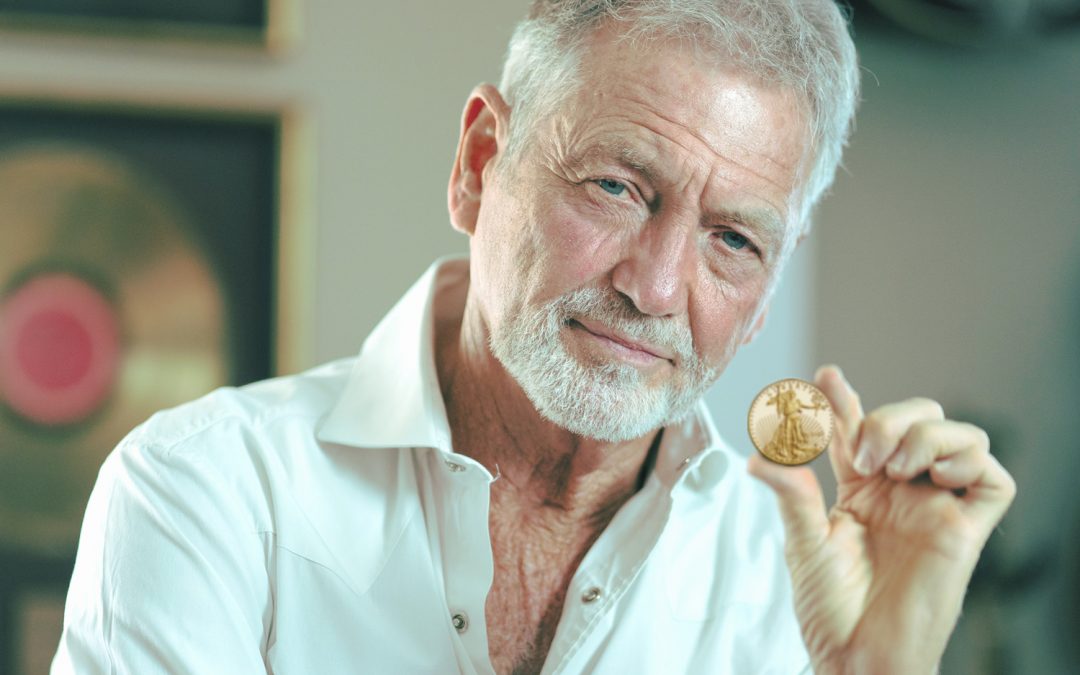 In a video message, Gatlin, a GRAMMY® Award-winner and 1st National Reserve customer, explains he should have followed the recommendations of financial advisors to purchase gold when it was about $300 an ounce in 1979 (the same year his smash hit “All The Gold In California” skyrocketed to No.1). Instead, he explains, “I bought horses and cows and cars and guitars and a lot of other stuff. I mean, a lot of other stuff. Now, gold is over $1,900 an ounce while the horses are dead, the cows are dead, the cars won’t run and the guitars are, well, just guitars. The bad news: I didn’t buy gold. The good news: now I own gold and I’m going to buy more from the experts at 1st National Reserve,” he continues.

Gatlin is also featured prominently on the company’s new website, 1stnationalreserve.com. The site provides up-to-date listings about the company’s current precious metals and numismatic offerings for online shopping as well as useful information about the enjoyment of coin collecting.

“It’s an honor to work with an icon like Larry Gatlin and we’re thrilled that he sees the value in acquiring gold and silver coins,” says 1st National Reserve manager Ryan Verde.

About Larry GatlinThe close family harmonies of Larry, Steve & Rudy: The Gatlin Brothers have given the trio a signature sound that led to country classics like “All the Gold in California” and “Houston (Means I’m One Day Closer to You).” The brothers won a GRAMMY® for their 1976 breakthrough hit, “Broken Lady,” and reached #1 with several other songs soon thereafter. Along with five career nominations for the ACM Vocal Group, the Gatlin Brothers picked up three 1979 trophies: Single of the Year (“All the Gold in California”), Album of the Year (Straight Ahead) and Male Vocalist of the Year for Larry Gatlin. The brothers were also nominated for multiple CMA Awards including Vocal Group of the Year, Single of the Year, and Entertainer of the Year. Larry Gatlin has written songs recorded by Elvis Presley, Glen Campbell, Barbra Streisand, Johnny Cash, Kris Kristofferson, Dottie West, Roy Orbison, Barry Gibb and countless gospel artists including the Gaither Vocal Band, the Booth Brothers, the Isaacs and many more. Larry was formally inducted into the prestigious Nashville Songwriters Hall of Fame in the fall of 2019.