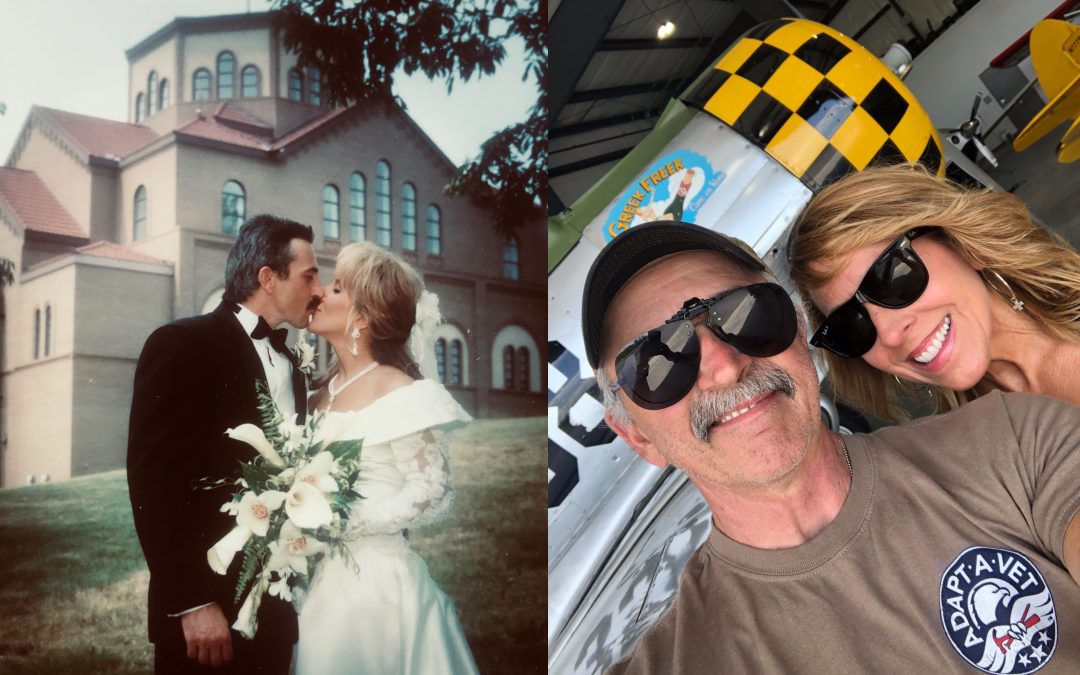 Nashville, Tenn. (July 15, 2020) – This year not only marks 30 years in the music business for country music’s Aaron Tippin, but it also seals his 25th year of marriage to his wife, Thea.

Today, July 15, the “Hardest Workin’ Man in Country Music” and his better half are celebrating their silver anniversary.

“Can’t believe she’s put up with me for 25 years,” says Aaron. “I’m the luckiest man alive. She’s the wheels behind everything.”

Aaron and Thea have worked together since the early days of his career and co-wrote his No. 1 smash hit “Kiss This,” along with many other songs. They started their companies Tip Top Entertainment and Nippit Records in the mid ’90s.

“We’ve been so blessed to have always been able to do life together, whether it’s work, play or raising a family,” adds Thea. “It doesn’t get any better than that.”

Aaron and Thea Tippin reside in Liberty, Tennessee and are the proud parents of two boys, Ted and Tom.

Aaron Tippin’s traditional sound and focus on working-class themes made him one of the most popular acts of the ’90s. Tippin’s major career hits include “Kiss This,” “My Blue Angel,” “There Ain’t Nothin’ Wrong with the Radio,” “Where the Stars and Stripes and the Eagle Fly,” “Working Man’s Ph.D.,” and “You’ve Got to Stand for Something.” In 2020, Tippin celebrates his 30th anniversary in music. For more information on Aaron Tippin, visit aarontippin.com.