Aaron Lewis Has No. 1 Selling Country Album in America 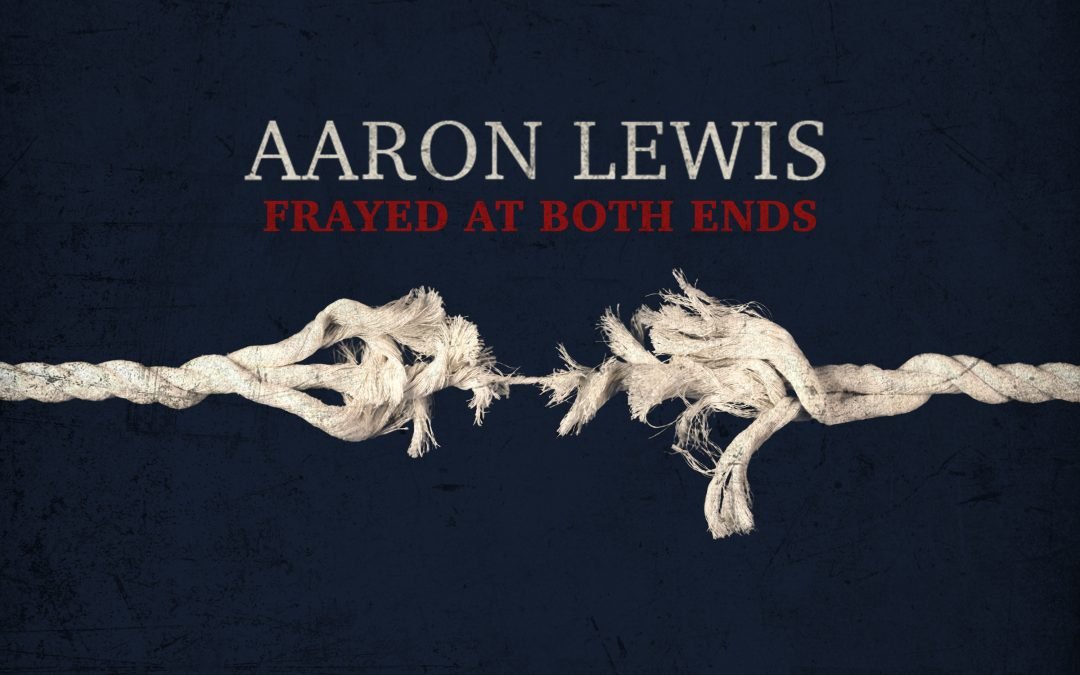 Nashville, Tenn. (February 7, 2022) —  Aaron Lewis doubled down on his unfiltered take on a kind of country long-forgotten with Frayed At Both Ends (The Valory Music Co.). Stripped even further back, the project was built around songs the songwriter had written – for the first time with friends – and allowed the room to give the emotional charge and musicianship full rein. The result is an album that is the #1 selling album in America this week based on physical sales and digital downloads.

“The players assembled are beyond the very best,” Lewis says. “To hear them in a room is so much more than just what they play, you feel the intentions and emotions of the songs. To strip things back this far is scary, but with players this good, it also turns into something thrilling.”

Having previously earned two No. 1 Billboard Country Album debuts, State Line and Sinner, the decision to slash everything back to the essence was a sonic decision predicated in large part by the songs he’d written. After 10 years in Nashville, having dedicated a large portion of his life country music, he wanted to cut to the core of what the music meant to him.

He’d also made enough friends, he’d started – organically – writing with Grammy-winner Tyminski, Nashville Songwriters Hall of Famers David Lee Murphy and Jeffrey Steele, ACM Award winner Ira Dean and hard country writer Chris Wallin. Wallin’s “Everybody Talks To God,” 20 years without being recorded, was the performance for Lewis’ “Fox & Friends” appearance on Monday. Response to the guitar and string section performance took the song to #2 on the iTunes all-genre Songs chart and the album to #5 on Amazon’s physical sales chart.

“Great country songs prove life can be distilled down into 3- and 4-minute books and movies,” Lewis offers. “This is how people who need to work are actually living their lives. Mistakes get made, consequences happen, hearts get broken – and then you have to deal with that. Frayed, like a lot of the Merle Haggard records in the ‘80s, deals with those things. And ‘Everybody Talks To God’ suggests that no matter what you think, ultimately, and it’s what makes this song great, you’re going to speak to God.”

Mixed by Chris Lord-Algae, the 5-time Grammy-winning engineer captured the warmth of what is becoming Lewis’ most successful tour – his Frayed At Both Ends: The Acoustic Tour — and left room to let the splinters and reckonings that once made country such a good place to drown one’s sorrows and figure out how to move on from the wreckage one creates stand out.

About Aaron Lewis
Aaron Lewis grew up in Springfield, Vermont, listening to his grandparents’ country 8-tracks. Those roots inspired the multi-platinum Staind founder to return to his origins for the #1 Billboard Country Album debuts Town Line and Sinner, as well as Billboard’s #1 Hot Country Song debut “Am I The Only One,” only the 9th time since 1958. Having recorded with George Jones, Willie Nelson, Charlie Daniels, Alison Krauss and Vince Gill, Lewis has put a traditionalist brand on his outlier country. Frayed At Both Ends, due Jan. 28, offers the hard touring/15-million selling workingman’s country star at his most personal and unplugged – making for an intimate record that reflects his Frayed At Both Ends tour.