After 15-Year Hiatus, Country Vet Danni Leigh Returns with ‘Walkin’ on a Wire’ 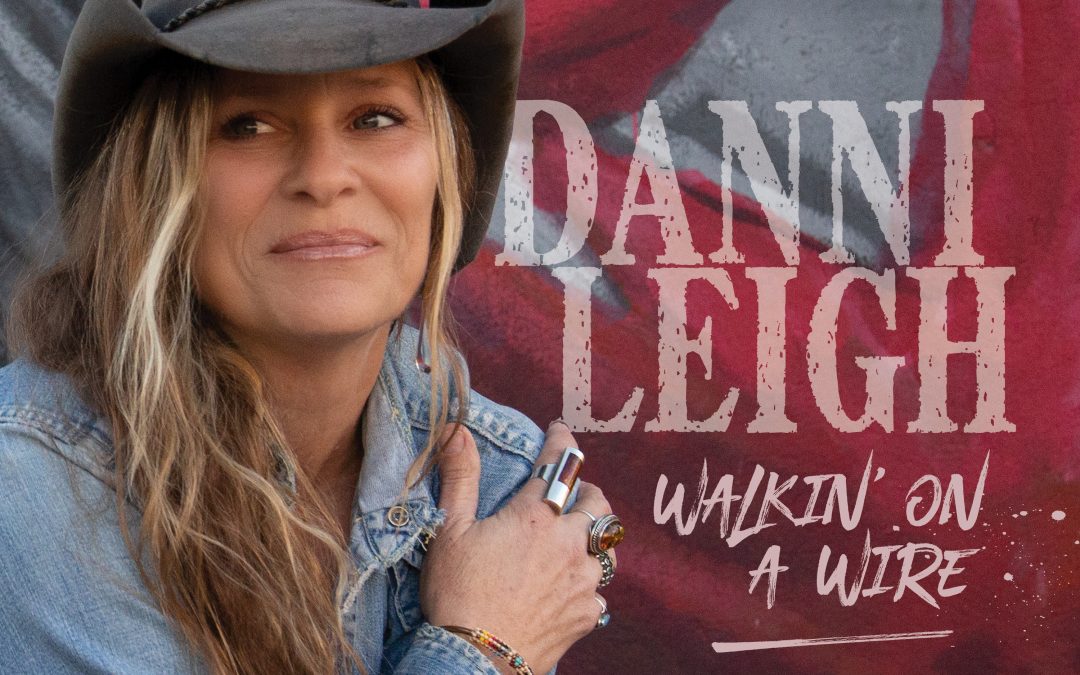 Nashville, Tenn. (May 16, 2022) — Following a 15-year hiatus, country music vet Danni Leigh is returning to the scene with Walkin’ on a Wire, available June 10 via BFD / Audium Nashville. Leigh co-wrote each of the 11 songs on her new collection, a sonically diverse and emotionally satisfying journey through love, loss and life’s most complicated moments.

“It was 100% up to me to decide which songs to put on this record,” Leigh says of the freedom she has in her new deal with the indie record label. “That is a little nerve racking, but I believe in all of these songs and I’m 100% happy. These are all my choices.”

During her time away from country music, Leigh spent time focusing on her family and lived in Spain for five years. So, it’s no surprise she recruited ace European musicians to craft her new project, including Dima Faustov, a saxophone player from the Ukraine, who played on “You’re Gonna Lose Him.”

“We texted to ask if he and his family were ok, and we didn’t expect to hear anything back from him,” she says, her voice quivering with emotion. “He texted right back and said, ‘I’m safe. My family is safe, however, we are in a bomb shelter.’ He played that song in the bomb shelter for people and said, ‘Just for a moment we had a peaceful moment where whoever was around me was listening and it was incredible.’ This is so not important for what is happening in his world right now, but we sent it and he was so happy that we did.”

Leigh and her husband, Mike McKenzie, put the finishing touches on the album at their home studio in Strasburg, VA. She and her family currently reside in Virginia’s Shenandoah Valley where she grew up and first began dreaming of a career that would carry her music all over the world. “Growing up around here, I was a little rebellious. I was outspoken,” she says. “I played sports and was in the band, but always sang. I grew up in Lutheran church and sang in talent shows and at church with the choir.”

The first single, “My Arms Stay Open All Night,” was written with country legend Melba Montgomery and the song’s intro features her in a candid recording from their co-writing session. “I wrote that song with my hero,” Leigh says, admitting she was nervous at first, but Montgomery made her feel at ease. “I had a blast and it’s probably my favorite writing session. I really appreciate the gravity of her as a country music artist and a songwriter and everything that she’s contributed to this genre. That was a special day for me and a writing session that I’ll never forget.” The official lyric video premiered today exclusively at GuitarGirlMag.com.

Leigh says the title track feels apropos for these turbulent times. “Walking On A Wire is a good image of how I feel navigating the world right now,” she says. “That’s why I chose it for this record because it feels like with the pandemic and everything that is going on in the world right now. The song itself is talking about a relationship that is a little rocky. I don’t feel that way about my husband, of course. It’s more like the visual of walking on a wire in the world, really.”

Years of honing her songwriting, performing and production skills coalesce for Leigh with Walkin’ on a Wire. “I learned too not to go too crazy,” she says with a warm laugh. “Less is more and I think that you hear that on this record. We didn’t pile on a whole bunch of stuff.  The instruments breathe. They make poignant statements themselves. I’m not trying to over sing anything or prove a point or be anybody except myself, and that’s what this is to me. I’m real proud of it. I hope people like it.”

Pre-order Walkin’ on a Wire HERE.

Walkin’ on a Wire Track Listing:

Debuting on the country scene in the late ’90s, country songstress Danni Leigh was signed to several record labels throughout her tenure in the genre. During her run, she was signed to Decca, Monument, Audium and AGR and released a total of four albums, spawning several singles. Leigh found greater success in Europe due to the varied methods in which consumers learn about new music. Over time, she developed a following in Korea, Brazil, and Japan. In 1999, she was nominated for the Rising Star Trophy, a British Country Music Award. As her career declined in the US, Leigh later moved again, this time to Spain, many years later and performed elsewhere in Europe and Asia. During the tours, she met and eventually married her bandmate Mike McKenzie. The couple returned to Nashville for an attempt at restarting her career, but the birth of her only child, a son, in 2010 led her to focus on motherhood and becoming a businesswoman. Walkin’ on a Wire, set to release in 2022, marks Leigh’s first album in 15 years.