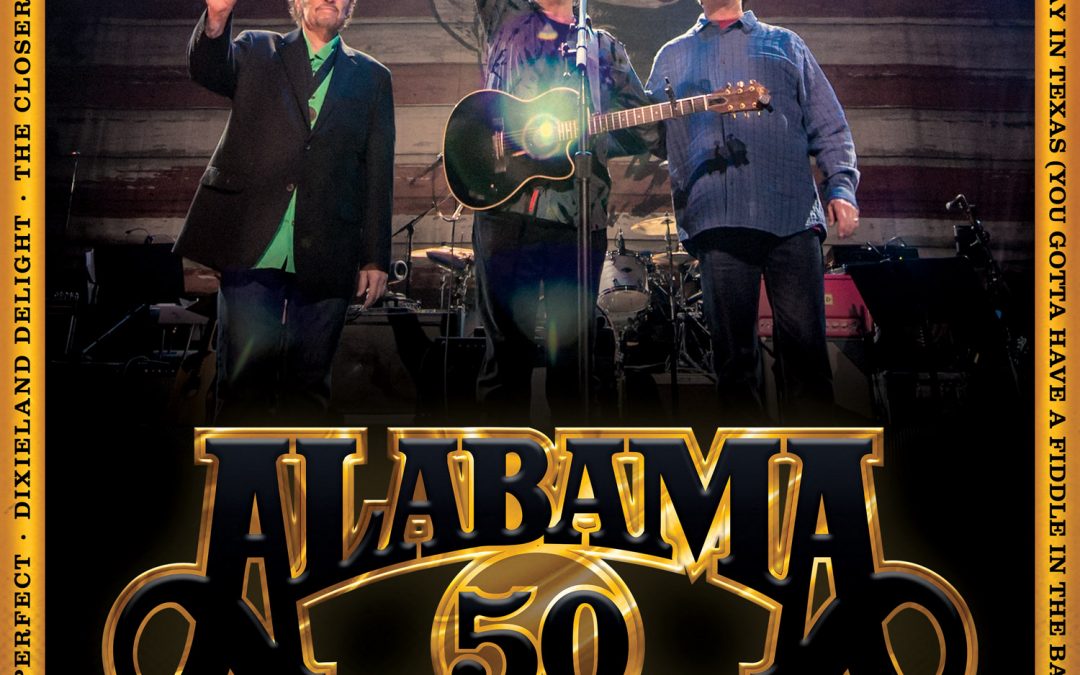 Historic Tour to Criss-Cross the United States in 2019

Nashville, Tenn. (December 17, 2018) — Genre-defining country supergroup ALABAMA will celebrate five decades of music next year. Today the iconic band announced the first leg of dates for their “50th Anniversary Tour,” sweeping the United States in 2019 with nearly 30 live concerts already on the books.

“We never thought playing for tips at The Bowery in Myrtle Beach, South Carolina, that 50 years later we would still playing arenas, stadiums and festivals,” says ALABAMA frontman Randy Owen. “Teddy, Jeff and I are humbled at the amount of fans that are coming out to see us. We are finding out that we are playing to three generations of fans who have followed us and our music from day one. The fans are the ones responsible for our continued success on the road and we love them.”

In 1969, a trio of young musical cousins from Fort Payne, Alabama journeyed to Myrtle Beach, South Carolina to play their music at a bar called The Bowery. It took Owen, bass player Teddy Gentry, and guitarist Jeff Cook, several years of word-of-mouth and tip jars to earn the major label deal of which they’d been dreaming.

ALABAMA would go on to change the face of country music. Winning more than 200 industry awards, the Country Music Hall of Fame band is the most celebrated group in country music history.

“Randy, Teddy and I have loved making music, touring and being with our fans night after night,” notes Cook. “It’s truly an experience that has created a bond between us and them that cannot be broken. The ’50th Anniversary Tour’ will be full of surprises and great memories.”

Gentry adds, “The group ALABAMA has become ‘America’s Country Band,’ we are told. We are proud to have been performing, writing songs and recording for 50 years. Come celebrate the music with us on our ’50th Anniversary Tour’ in 2019. Each show will be a night to remember for us. We’ll be there to thank our loyal legions of fans for supporting three boys from Fort Payne, Alabama through thick and thin.”

The ALABAMA “50th Anniversary Tour” kicks off on January 10 at the Fox Theatre in Detroit. Additional dates will be announced soon.