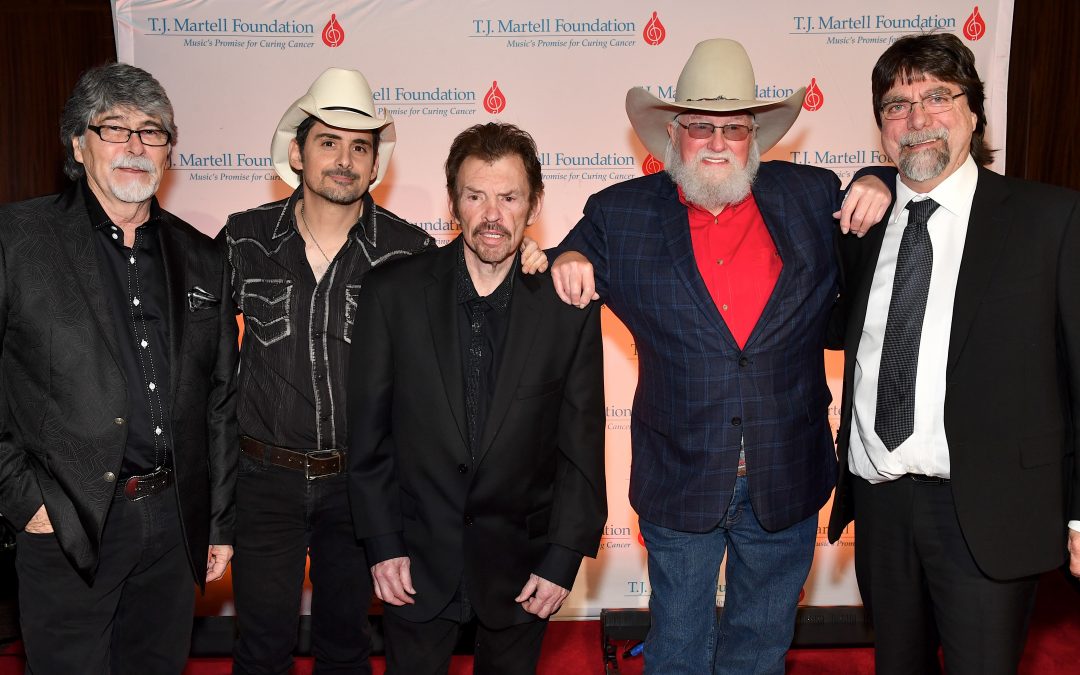 Brad Paisley was on-hand to pay tribute to Jeff Cook, Teddy Gentry and Randy Owen, performing a medley of some of their hit songs, including “My Home’s in Alabama,” “Dixieland Delight,” and “Mountain Music.” Charlie Daniels followed, taking the stage to present the band with the esteemed honor.

“We have been fortunate to have won over 280 industry awards in our 50 years of recording and touring, but the Tony Martell Lifetime Entertainment Achievement Award may be the most special award we have ever gotten,” says Owen. “Anything we as a group can do to help find a cure for cancer is very important to me, Teddy and Jeff. We appreciate the Nashville music industry, Brad Paisley and Charlie Daniels for making our night extra special.”

Monday night’s event, held at the Omni Hotel in Nashville, raised nearly half a million dollars for the T.J. Martell Foundation. Additional honorees included Kings of Leon, Sally Williams, Dr. Kathryn Edwards and Sylvia and Al Ganier. The Nashville Honors Gala is one of the T.J. Martell Foundation’s premier events that pays tribute to outstanding community leaders and presents special musical performances with heartwarming presentations that celebrate the evening’s honorees. In addition to the performances, there was a live and silent auction with proceeds benefitting cancer research.

About the T.J. Martell Foundation
The T.J. Martell Foundation is the music industry’s leading foundation that funds innovative medical research focused on finding treatments and cures for cancer. The Foundation was founded in 1975 by music industry executive Tony Martell and his colleagues in loving memory of his son T.J., who died of leukemia. The Foundation has provided more than $280 million for research at flagship hospitals in the United States. For more information, please visit tjmartell.org.