ALABAMA in the Spotlight on this Weekend’s Edition of HUCKABEE 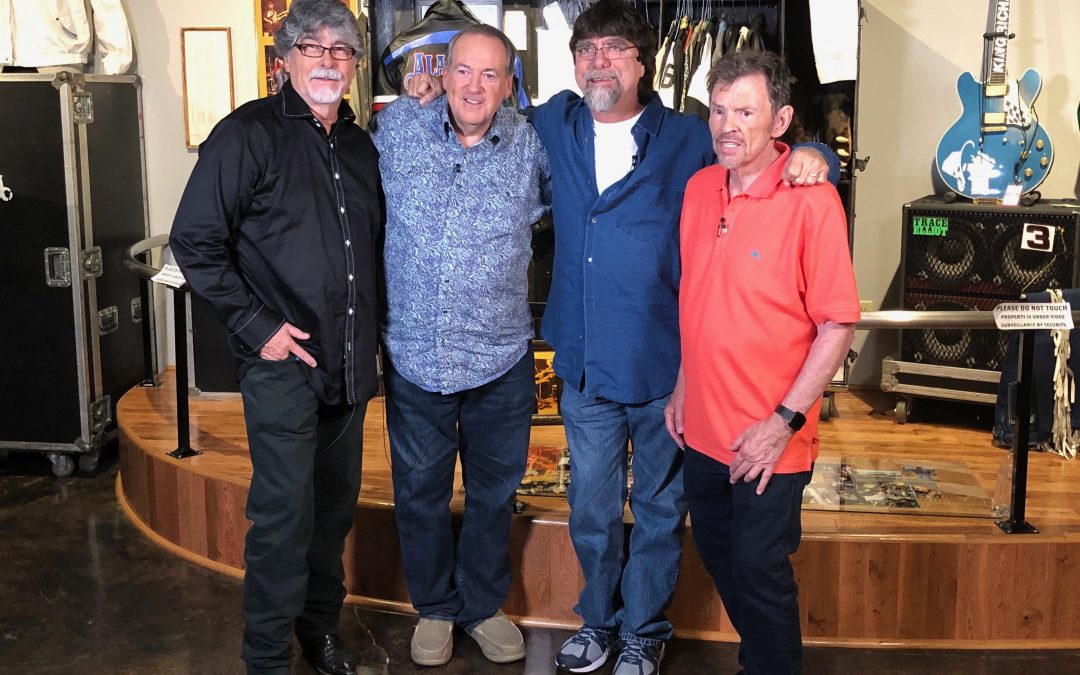 Nashville, Tenn. (October 31, 2019) — ALABAMA, the most successful group in the history of country music, will appear on this Saturday‘s (November 2) edition of Huckabee at 8:00 p.m./ET on TBN.

From the ALABAMA Fan Club and Museum (located in Fort Payne, AL), Governor Mike Huckabee sits down with band members Jeff Cook, Teddy Gentry and Randy Owen to talk the group’s 50 years of music. Interview topics include the band’s early days, its rise to superstardom, its “50th Anniversary Tour,” faith, Cook’s battle with Parkinson’s and more.

ALABAMA’s Huckabee appearance will re-air on Sunday, November 3 at 9:00 p.m./ET.