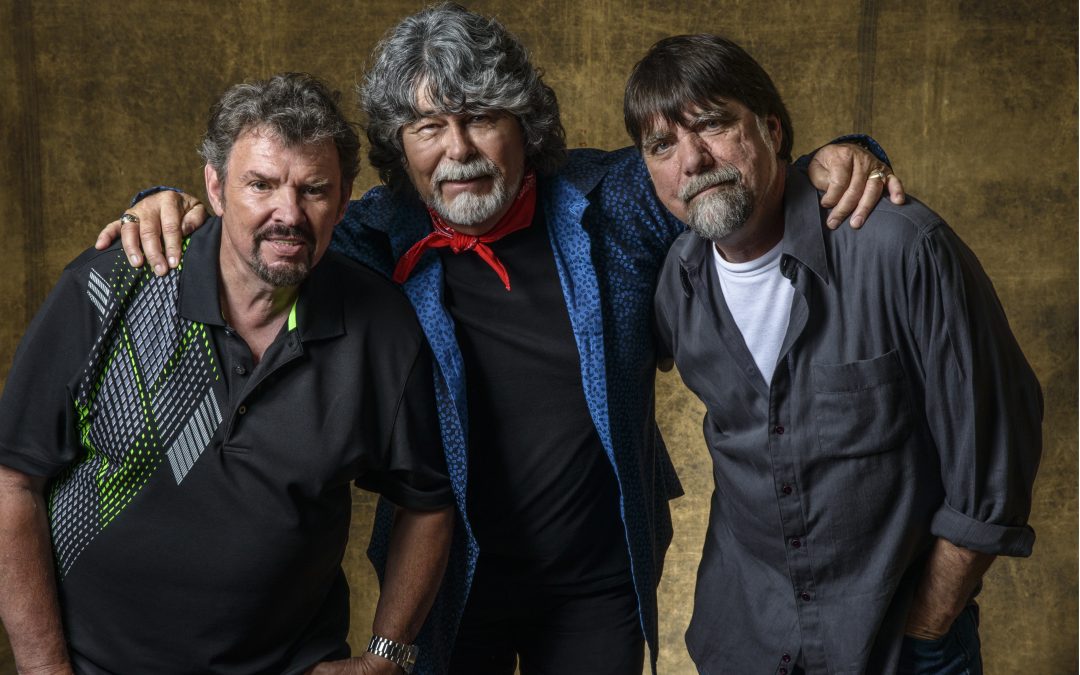 Nashville, Tenn. (June 28, 2021) — ALABAMA, the greatest country rock band in the history of the genre, is poised to return to the road after nearly two years. The group’s long-awaited “50th Anniversary Tour” — much of which was delayed due to Covid-19 — consists of nearly 30 arena and amphitheater live concerts and will take place throughout 2021 and early 2022. Special guests Martina McBride, The Marshall Tucker Band,Travis Tritt, Sara Evans, America, Grits & Glamour (Lorrie Morgan & Pam Tillis), TracyLawrence, The Beach Boys, The Frontmen of Country (Richie McDonald formerly of Lonestar, Tim Rushlow formerly of Little Texas & Larry Stewart of Restless Heart) and Jake Hoot will join ALABAMA on select dates.

“We are very thankful that we can play our music for our loyal fans of the past 50 years and introduce our songs to a new 3rd and 4th generation of new fans,” says ALABAMA lead singer Randy Owen. “We have rehearsed an all-new show that we are having fun performing, but you never know, we might even take requests from time to time. There’s nothing like the roar of the crowd, and we can’t wait to get back on the road.”

The band’s milestone tour kicks off on July 2 and 3 at Nashville‘s Bridgestone Arena. These two concerts mark ALABAMA’s first arena performance in Nashville in nearly two decades. Additionally, the shows will be the first full-capacity concerts held at Bridgestone Arena since the start of the pandemic in early March of 2020. “This tour, that we are blessed to have, has the most amazing group of musicians and vocalists that we have ever had on the road,” explains ALABAMA bass player and vocalist Teddy Gentry. “In addition, we wanted to bring along some special friends to join us on tour each night. From The Marshall Tucker Band to Travis Tritt and Martina McBride to The Beach Boys, what a party we are going to have. I can’t tell you how ready we are to see and play for you.”

In 1969, a trio of young musical cousins from Fort Payne, Alabama, journeyed to Myrtle Beach, South Carolina to play their music at a bar called The Bowery. It took band members Jeff Cook, Teddy Gentry, and Randy Owen eight years of word-of-mouth and tip jars to earn the major label deal of which they’d been dreaming. ALABAMA would go on to change the face of country music. Winning GRAMMY®, CMA, ACM and more than 300 industry awards, the Country Music Hall of Fame, Musicians Hall of Fame, and Nashville Songwriters Hall of Fame band is the most celebrated group in country music history.

Tickets for the tour are on-sale now. Purchasing information can be found on the band’s official website: thealabamaband.com. Previously purchased tickets for rescheduled dates will be honored at each show. Fans who are now unable to attend may request a refund. Eligibility for a refund requires a previous purchase through Ticketmaster – tickets that were transferred, posted, or sold will not be honored.

*More dates to be announced

About ALABAMA
It’s been over 50 years since Jeff Cook, Teddy Gentry and Randy Owen left the cotton farms of Fort Payne, Alabama to spend the summer playing music in a Myrtle Beach, South Carolina bar called The Bowery. It’s a classic American tale of rags to riches. From humble beginnings picking cotton in the fields to international stars, ALABAMA went on to sell 80 million albums and change the face and sound of country music. Quality songs that have become the soundtrack for American life are the foundation for ALABAMA’s stellar career. The group introduced rock style guitars, lights, pyrotechnics and sounds to the country audience that has inspired many of today’s brightest country stars including Kenny Chesney, Jason Aldean and Luke Bryan. While their music continues to stand the test of time, their numbers and stats are beyond compare. Five decades since starting the band, ALABAMA has charted 43 #1 singles, including 21 #1 singles in a row, and have won dozens of CMA, GRAMMY®, and ACM Awards. They are members of the Country Music Hall of Fame, the Musicians Hall of Fame and have their own star on the Hollywood Walk of Fame. In addition, they are world-class philanthropists who have raised millions of dollars for various charities.