ALABAMA’s Randy Owen Honored by the Boy Scouts of America 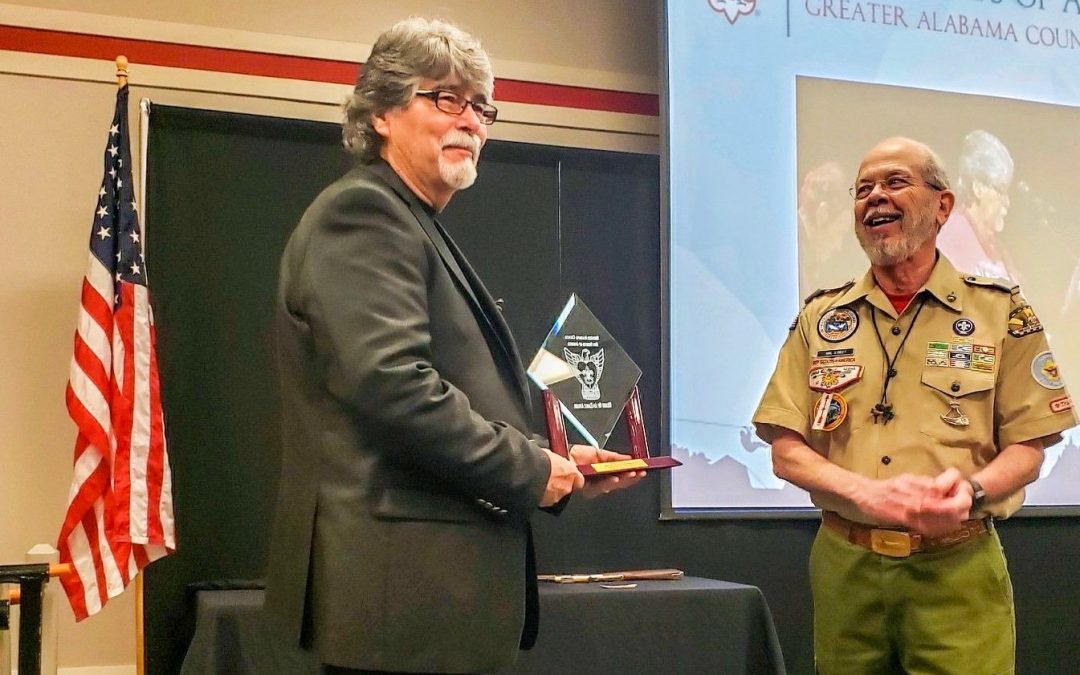 Nashville, Tenn. (March 22, 2019) — ALABAMA frontman Randy Owen was honored  by the Boy Scouts of America this past Wednesday (March 20) at the organization’s American Values luncheon held in Anniston, Alabama.

Anniston’s local Boy Scouts chapter, the Choccolocco district, presented Owen with the Heart of an Eagle Award, a special recognition given to individuals who show compassion for their community through leadership, character and integrity.

“It’s a great honor to be recognized by the Boy Scouts of America,” says Owen. “I admire the great people who make scouting a wonderful lifetime experience for our state and country.”

Owen has been the lead vocalist of ALABAMA, the most successful and awarded band in country music history, for 50 years. When he’s not writing songs or performing on the road, Owen stays busy in Fort Payne, Alabama, operating his 3,000-acre ranch, Tennessee River Music, Inc., where he tends to 500 head of Hereford and Angus cattle.

Much of Owen’s time is spent helping others through his humanitarian efforts, such as launching St. Jude Country Cares for Kids, an annual radiothon fundraising event that has garnered more than $800 million for St. Jude Children’s Research Hospital. He received the Ellis Island Award for his charity work with St. Jude. ALABAMA and Owen have played a key role in several disaster relief initiatives, including organizing and playing concerts to support rebuilding efforts from tornadoes that struck Tuscaloosa in 2011 and Jacksonville State University (his alma mater) in March of last year.

It’s been 50 years since Jeff Cook, Teddy Gentry and Randy Owen left the cotton farms of Fort Payne, Alabama to spend the summer playing music in a Myrtle Beach, South Carolina bar called The Bowery. It’s a classic American tale of rags to riches. From humble beginnings picking cotton in the fields, to international stars that went on to sell 80 million albums, while changing the face and sound of country music. Quality songs that have become the soundtrack for American life are the foundation for ALABAMA’s stellar career. The group introduced rock style guitars, lights, pyrotechnics and sounds to the country audience that has inspired many of today’s brightest country stars including Kenny Chesney, Jason Aldean and Luke Bryan. While their music continues to stand the test of time, their numbers and stats are beyond compare. Five decades since starting the band, ALABAMA has charted 43 #1 singles, including 21 #1 singles in a row, and have won dozens of CMA, GRAMMY®, and ACM Awards. They are members of the Country Music Hall of Fame and have their own star of the Hollywood Walk of Fame. In addition, they are world-class philanthropists who have raised millions of dollars for various charities. ALABAMA is currently on the road celebrating five decades of music on their historic “50th Anniversary Tour.”