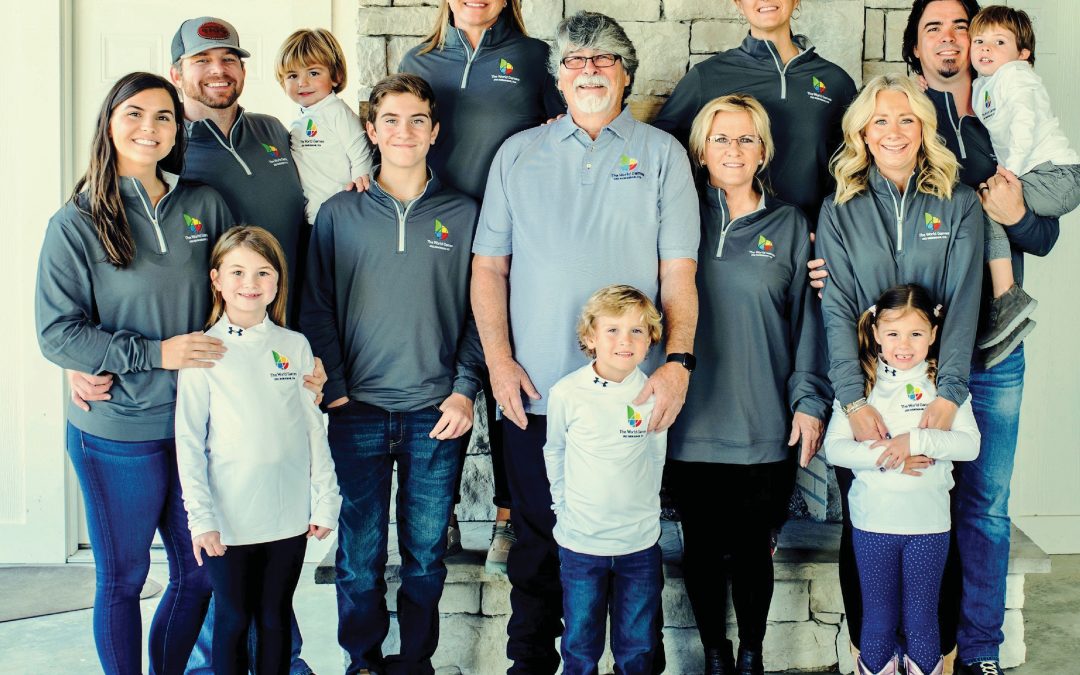 Nashville, Tenn. (December 16, 2020) – The World Games 2022 Birmingham has added another legendary figure to the list of Alabama celebrities supporting the international sporting event. Officials announced today that world-renowned country music artist and humanitarian Randy Owen, lead singer of the group ALABAMA, has joined The Games as an Honorary Co-Chair.

“Millions of people around the world have grown up with Randy’s one-of-a-kind voice,” says The World Games 2022 CEO Nick Sellers. “He’s a national treasure for the USA and for the state of Alabama. And we are excited to have that legendary voice as an Honorary Co-Chair of this once in a lifetime moment.”

Owen will participate in several events at The World Games 2022, including the Opening and Closing Ceremonies. He will also represent, support and promote the message and mission of The World Games 2022. Owen will join NBA Hall of Fame inductee Charles Barkley, who was announced as an Honorary Co-Chair in July.

“I’m so honored to join my fellow outstanding Alabamians – Charles Barkley, Dr. Henry Panion, and those yet to be announced – in helping bring this event to Alabama,” says Owen. “The people in our state have made a tremendous impact on my life and career, and I’m happy to show the world what Alabama is all about. Our people are as diverse as the landscape in our beautiful state. It is my hope that we are able to bring that uniqueness to the forefront and let the light of Alabama shine out into the world.”

A graduate of Jacksonville State University, Owen is best known for his career as the frontman of ALABAMA, the Country Music Group of the Century (Recording Industry Association of America). One of the most successful country music groups in history, ALABAMA released 21 gold, platinum and multi-platinum albums, had 43 No. 1 singles, sold more than 75 million records, and earned more than 150 industry awards including a star on the Hollywood Walk of Fame in a career spanning more than 50 years.

“I could not be more thrilled to have an iconic Alabamian such as Randy Owen join us for this magnificent celebration of sports and the arts, one that will cast the eyes and ears of the entire world upon our city and state,” notes Dr. Henry Panion, who was recently named Artistic Director of the Opening and Closing Ceremonies. “There has been no greater ambassador for Alabama than my friend Randy, and I am looking forward to working with him on the festivities for The World Games 2022.”

A Dekalb County, AL native, Owen grew up on Lookout Mountain, on a farm that his family still owns today. The property, previously sharecropped by his family, has raised world-class cattle since 1981 and is named “Tennessee River Music, Inc.” after Owen’s first No. 1 single.

Owen is also known for his philanthropic efforts in his own community and around the world, raising millions of dollars through the June Jam and Tornado Relief charity concerts in Alabama, and groundbreaking fundraising for St. Jude Children’s Research Hospital. Most notably, Owen created the Country Cares for St. Jude Kids Radiothon, which has raised more than $900 million dollars for the St. Jude Children’s Research Hospital located in Memphis, Tennessee. For his fundraising efforts, Owen has also received the Michael F. Tamer Award, The Founder’s Award, National Library of Medicine Award, and the Country Music Association Foundation Humanitarian Award.

“My wife, Kelly, and I raised our family in Alabama,” explains Owen. “Our children all graduated from Alabama universities: Jacksonville State (Alison), Samford (Heath), and Auburn (Randa). ‘My Home’s in Alabama’ isn’t just a song or lyrics on a page. My home and heart will always be in Alabama, and now it is the home of The World Games 2022!”

The World Games 2022 Birmingham will be an extraordinary Olympic-style sports experience where elite athletes from all over the world compete for gold in 34 unique, multi-disciplinary sports. Featuring 3,600 athletes from more than 100 countries, the international event will unite global fans with the Birmingham community in 25+ unique venues around the greater metropolitan area. The World Games 2022 Birmingham, which marks the 40th anniversary of the event, will take place from 7-17 in July of 2022 and will generate an estimated $256 million in economic impact. The World Games was established by the International World Games Association, an organization recognized by the International Olympic Committee.

Learn more about The World Games 2022 Birmingham at twg2022.com.

About ALABAMA
It’s been more than 50 years since Jeff Cook, Teddy Gentry and Randy Owen left the cotton farms of Fort Payne, Alabama to spend the summer playing music in a Myrtle Beach, South Carolina bar called The Bowery. It’s a classic American tale of rags to riches. From humble beginnings picking cotton in the fields to international stars, ALABAMA went on to sell 80 million albums and change the face and sound of country music. Quality songs that have become the soundtrack for American life are the foundation for ALABAMA’s stellar career. The group introduced rock style guitars, lights, pyrotechnics and sounds to the country audience that has inspired many of today’s brightest country stars including Kenny Chesney, Jason Aldean and Luke Bryan. While their music continues to stand the test of time, their numbers and stats are beyond compare. Five decades since starting the band, ALABAMA has charted 43 #1 singles, including 21 #1 singles in a row, and have won dozens of CMA, GRAMMY®, and ACM Awards. They are members of the Country Music Hall of Fame, the Musicians Hall of Fame and have their own star on the Hollywood Walk of Fame. In addition, they are world-class philanthropists who have raised millions of dollars for various charities.