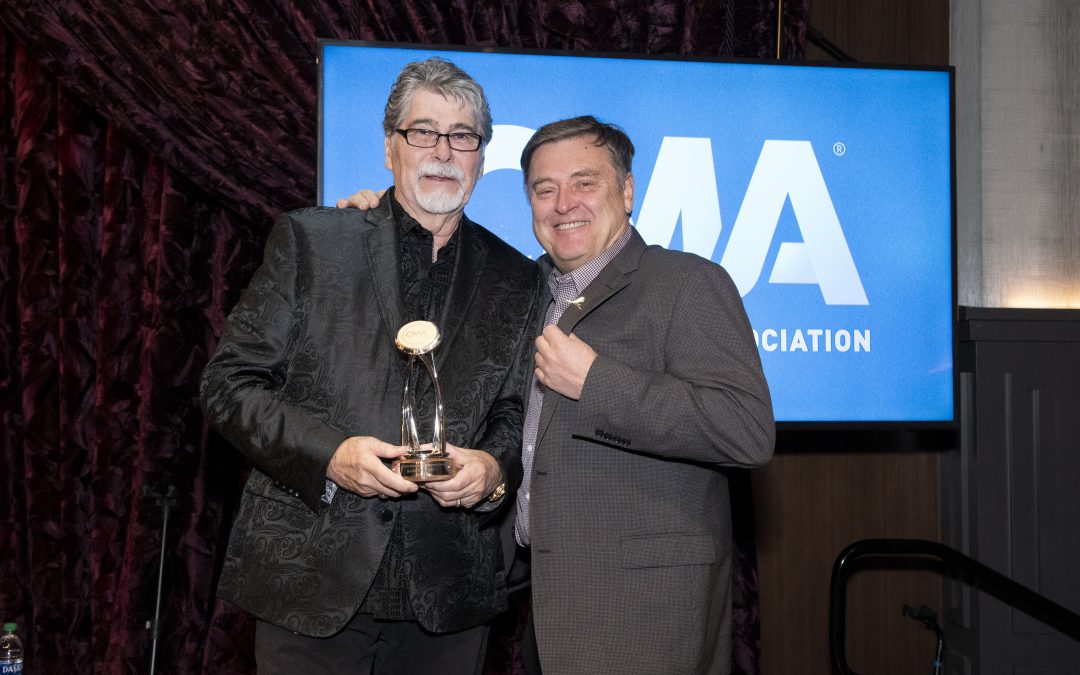 Nashville, Tenn. (November 20, 2019) — Yesterday (Tuesday, November 19) during an intimate CMA Board reception at the Analog at Hutton Hotel in Nashville, Tennessee, ALABAMA frontman Randy Owen was on-hand to present a special award, or so he thought. Owen and his wife Kelly traveled to Nashville under the impression he would be presenting radio vet Lon Helton with an industry honor. As the event unfolded, Owen realized he’d been fooled when Helton took the stage, surprising the Country Music Hall of Famer with the CMA Foundation Humanitarian Award.

“I’m truly surprised and grateful for this award,” says Owen. “Hopefully, this will inspire other artists to follow their hearts to help the down and out, the helpless and especially sick children and families in need. I am so grateful to my longtime friend Lon Helton for presenting me with this award.”

The CMA Foundation Humanitarian Award recognizes an individual who has served as a humanitarian through community leadership, financial support, personal volunteerism and advocacy. The individual honored has evidenced commitment to worthwhile causes that are important to the Country Music Association and the country music community.

In 1989, Owen was selected by St. Jude Children’s Research Hospital founder, Danny Thomas, to get the country music industry involved in raising funds for the facility. As a result, Owen created Country Cares, one of the most successful fundraising campaigns in radio history. Since its inception, Country Cares has pioneered radio charitable fundraising, raising more than $875 million for the hospital. Owen is also involved in a variety of additional philanthropic endeavors including spearheading June Jam festivals, which have raised over $15 million for charities, Alabama Sheriffs Boys Ranch summer camps and celebrity golf tournaments as well as tornado and hurricane benefits. ALABAMA participated in a 2017 hurricane benefit, supporting the victims of hurricanes Harvey, Irma and Maria. The event raised $40 million and drew five former U.S. presidents to attend: Barack Obama, Bill Clinton, George W. Bush, George H.W. Bush and Jimmy Carter.