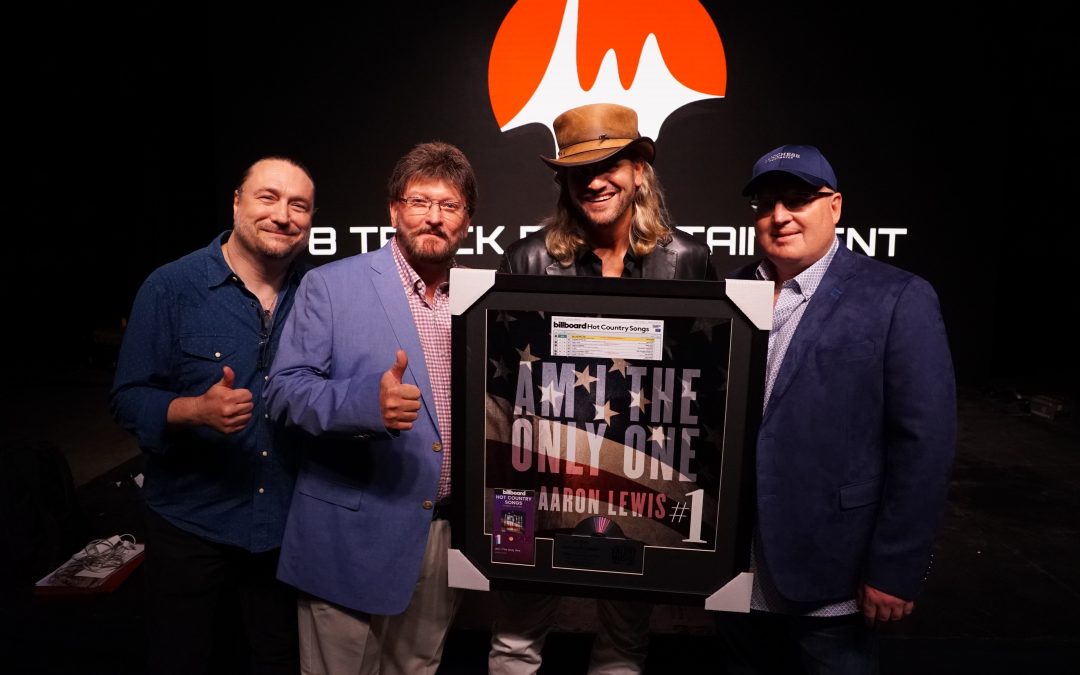 Nashville, Tenn. (August 13, 2021) — Last week in Nashville, Ira Dean (formerly of country music group Trick Pony) and his publishing company, 8 Track Entertainment, gathered with friends and industry colleagues to celebrate the mainstream success of “Am I the Only One,” Aaron Lewis‘ new hit song. Dean, a co-writer on the track (along with Lewis and Jeffrey Steele), was presented with a commemorative plaque from Valory Music (Lewis’ label).

“It’s amazing how this song has just taken off and has struck a chord with people,” explains Dean, who also co-produced the song with Lewis. “I think whatever side of the fence you’re on, we all have watched TV over the last year and a half and thought ‘what the hell is going on?’ I couldn’t be more proud to be on this song. I’ve never written a song and had people, from both sides, walk up to me and thank me for writing it.”

“Ira is one of the most talented, most musically gifted writers and producers in Nashville,” adds 8 Track Entertainment President Noah Gordon. “He’s truly at the top of his game. I believe we’re going to see many more great things from Ira. I’m lucky to be his publisher and proud to be in his corner!”

“Am I the Only One” is available streaming and download here.

About Ira DeanGRAMMY®-nominated and AMA and ACM Award winner Ira Dean was a founding member of the country music trio Trick Pony alongside co-founder Keith Burns and lead vocalist Heidi Newfield. The band signed a record deal in 2000 and recorded three studio albums, Trick Pony, On a Mission, and R.I.D.E, scoring four Top 20 hits on the Billboard Hot Country Songs chart. Beginning his career as a drummer and bassist for John Carter Cash, Dean owes his entire career to the Cash Family who let him stay with them, when he was ready to move back to North Carolina and give up his musical aspirations. As a member of John Carter’s band, Dean toured and opened for the legendary Johnny Cash who helped him hone his songwriting skills. Dean has since gone on to write chart-topping hits for artists such as: Trace Adkins, Gary Allan, Rascal Flatts, Uncle Kracker, Montgomery Gentry, Aaron Lewis, Joe Nichols, Jake Owen and Chris Young.