Amid National Uncertainty, Shenandoah Vows to “Keep the Music Playing” 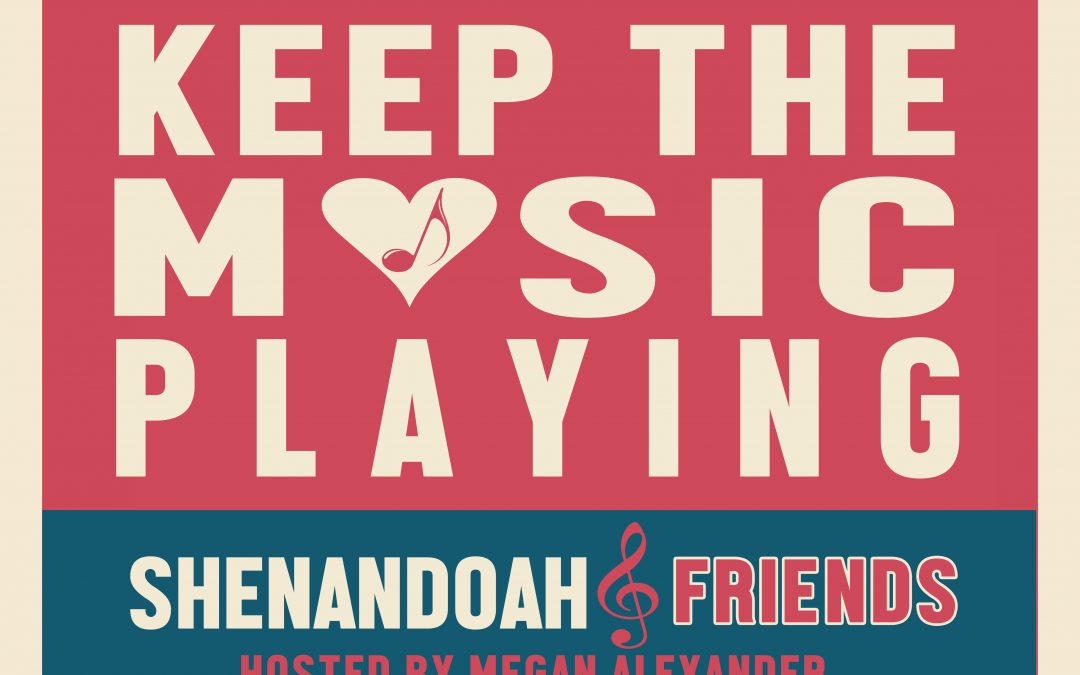 Nashville, Tenn. (March 18, 2020) — During a time of national uncertainty, GRAMMY® Award-winning country music group Shenandoah is looking to brighten spirits with a special Facebook Live performance event that will bring music to the masses. Today the legendary country band announced “Keep the Music Playing,” a free live-streamed concert set for tonight, Wednesday, March 18, at 7 PM / CT. Amid concert postponements nationwide, the event will provide a unique opportunity for fans to enjoy live performances from the comfort of their living rooms.

Shenandoah has enlisted Michael Ray, Aaron Tippin, Austin Merrill, T. Graham Brown, and Katie Austin to join them during the live web broadcast. The event, sponsored by Foundry Records and hosted by Inside Edition‘s Megan Alexander, will take place at Nashville‘s SIR Rehearsal Studios with no live audience and minimal staff.

“The main mission here is to hopefully, with music as only music can, bring some sunshine to the gloom,” says Shenandoah frontman Marty Raybon. “We’ll be taking all of the recommended precautions to ensure everyone’s safety.”

Butch Spyridon, president and CEO of the Nashville Convention & Visitors Corp, is thrilled about the event. “We are happy to see artists doing everything they can to ‘Keep the Music Playing’ during these challenging times as we try to keep the virus from spreading,” he says. “Seeing all the ways that live music is still being shared is part of the creative spirit in Music City.”

Though the event is free to view online, the Nashville Convention & Visitors Corp Foundation / Music City, Inc will be accepting donations throughout the live broadcast. All donations will aid Middle Tennesseans who have been affected by COVID-19 and the recent tornadoes that ravaged the area.

“It has taken an army of people to put this event together in less than 24 hours,” notes Foundry Records/Johnstone Entertainment‘s Cole Johnstone. “I want to give special thanks to SIR Nashville, Nashville Convention & Visitors Corp, 2911 Media, TNDV and Nic Dugger, Mama Sue, Absolute Publicity, Shenandoah’s band and crew, all of our guest artists, and the Foundry Records staff for making this possible.”
“Keep the Music Playing” will be live streamed on each artist’s Facebook page and can also be viewed at www.smarturl.it/KeepTheMusicPlaying