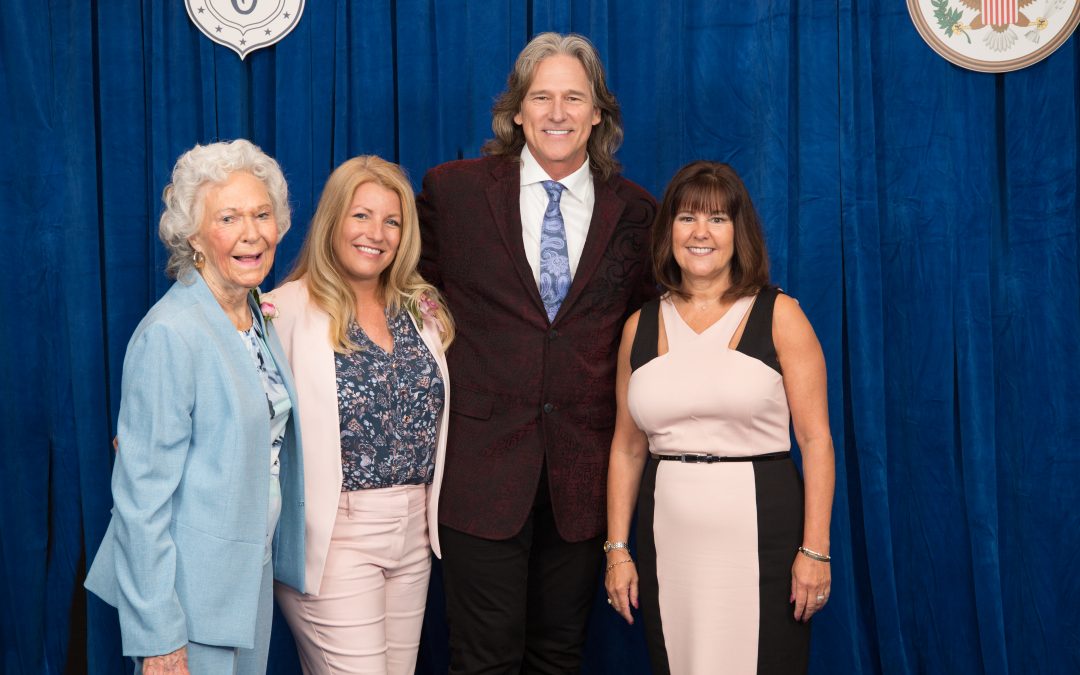 Nashville, Tenn. (May 17, 2018) — Country music star Billy Dean performed at the Congressional Club’s “First Lady’s Luncheon” in Washington D.C. this past Tuesday, May 15. On Monday night in a hotel room, Dean wrote and new Melania Trump-inspired tune titled, “Be Best.” He performed the song live the following morning at the annual event held at the Washington Hilton Hotel. Participating in the event was especially memorable for Dean, as he was able to bring along his mother, Odene Reilly, as a special guest.

“The Congressional Club was created in May 1908 where it gave women a voice even before they had the right to vote,” says Dean. “It was an honor to escort my wife Stephanie and my mom, two days before her 89th birthday, to this historical bipartisan gathering of powerful ladies where mom stood shoulder-to-shoulder with the best at the ‘First Lady’s Luncheon.’ We pray for our First Lady’s speedy recovery from surgery.”

First Lady Melania Trump was unable to attend due to hospitalization for kidney surgery. However, many other notable women were in attendance including Second Lady Karen Pence, Candy Carson, Marie Louise Gorsuch, Susan Pompeo, Elaine Chao, and more. Additionally, fellow country singer Lee Greenwood was on-hand to perform “God Bless The USA.” Dean also performed his hit songs, “You Don’t Count The Cost,” “Let Them Be Little,” and “Only Here For A Little While.”

While in D.C., Dean was able to give his mother an early birthday gift of a lifetime: a private tour of the White House.

“Taking my mom to D.C. for the week is something I’ll treasure forever,” notes Dean. “And all right here between Mother’s Day and her birthday. What a blessing!”

Lyrics from Dean’s newly-penned “Be Best”:

But I want to be someone, someone wants to love

I just want to say to every boy and girl

Something you can do to change the world

Be best, be brave and kind

Be best, keep an open mind

Be best, have the biggest heart

Be best, be who you are

To all of those different from the rest, be best