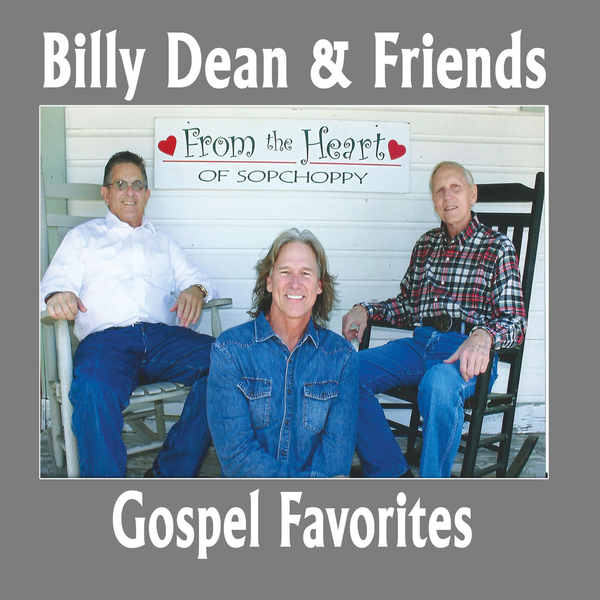 Dean made the decision to record his debut Gospel album after recently moving back to his home state of Florida.

“I was so moved after being inducted into the Florida Hall of Fame that I decided it was time to move back home,” explains Dean. “I was visiting my good buddy T.K. Wetherell, the former president of Florida State University, when he challenged me to record a Gospel album, which I had never done before. I agreed to do it if he would agree to record one song with me.”

Wetherell agreed and the two booked a studio session in Sopchoppy, FL where the former FSU president lended his voice, reciting Kris Kristofferson’s classic, “Why Me Lord.” Dean added the Tallahassee Boys Choir to the track and the first album cut was complete.

“It became apparent to me this project was very important to my friend T.K. as he is battling prostate cancer,” notes Dean. “A Gospel project seemed to be a welcomed distraction, so I decided to complete the album using all Florida musicians and studios for convenience for my friend.” The ten track album also features contemporary Christian artist Susan Ashton and Dean on the classic hymn, “In The Garden.”

Additional songs include “What a Friend We Have in Jesus,” “I Saw the Light,” “Old Rugged Cross,” and a Gospel version of Dean’s 1992 hit, “If There Hadn’t Been You.” Dean adds, “I want to thank my other Florida musician friends such as Brent Rader, Jeff Gargiulo and Marvin Goldstein for helping me complete my first Gospel album. A little music is medicine for the soul. And for my pal T.K., I dedicate this album to you and your wife, Ginger.”

Backed by the Music City Connection and Governor Mike Huckabee on bass guitar, Dean performed “If There Hadn’t Been You” on this past Saturday’s edition of Huckabee. on TBN. Watch HERE.

2. Why Me Lord (featuring T.K. Wetherell)

4. What a Friend We Have in Jesus

6. In the Garden (featuring Susan Ashton)

7. If There Hadn’t Been You

10. Battle Hymn of the Republic

In his music career spanning more than 25 years, Dean has claimed eleven top ten Billboard country singles, including five #1 hits: “I Miss Billy The Kid,” “Somewhere In My Broken Heart,” “If There Hadn’t Been You,” “You Don’t Count The Cost” and “It’s What I Do.” Dean recorded eight major label studio albums, three of which have been certified gold by the RIAA, as well as a greatest hits album which is also certified gold. Earlier in his career, the Academy of Country Music named Dean Top New Male Vocalist and also awarded him Song of the Year for “Somewhere In My Broken Heart.” In 2000, Dean sang harmony vocals alongside Alison Krauss on Kenny Rogers’ rendition of “Buy Me A Rose,” which earned a GRAMMY®. In addition to his successful recording career, Dean has also acted in several movies and appeared in numerous television shows.