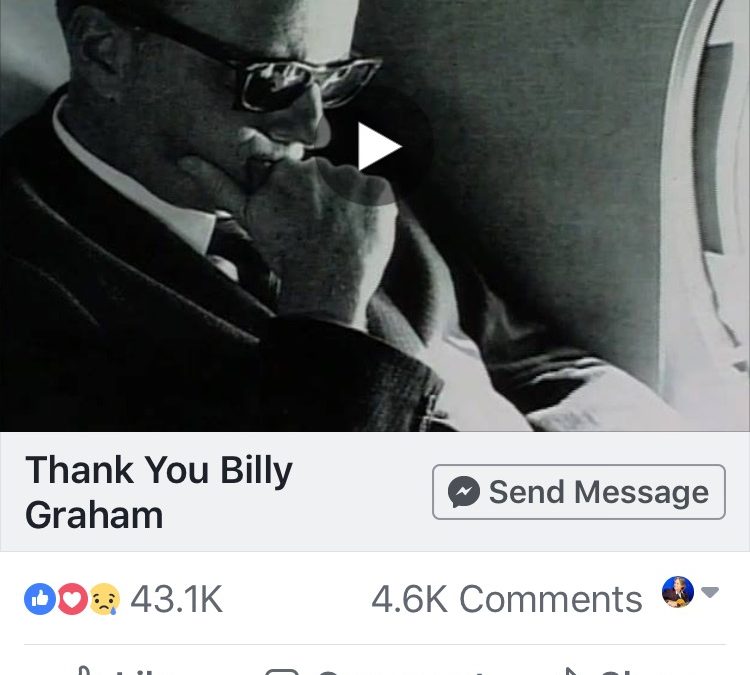 “A few years ago, Pat Boone, David Pack from Ambrosia and I wrote a tribute song for Billy Graham,” says Dean. “This project was one of the most important things I’ve ever done in music… to honor a Holy Man who stood on the principles this country was founded on. Thank you, Billy Graham!”

@BillyDean tribute to @BillyGraham reaches more than 10 million on Facebook!