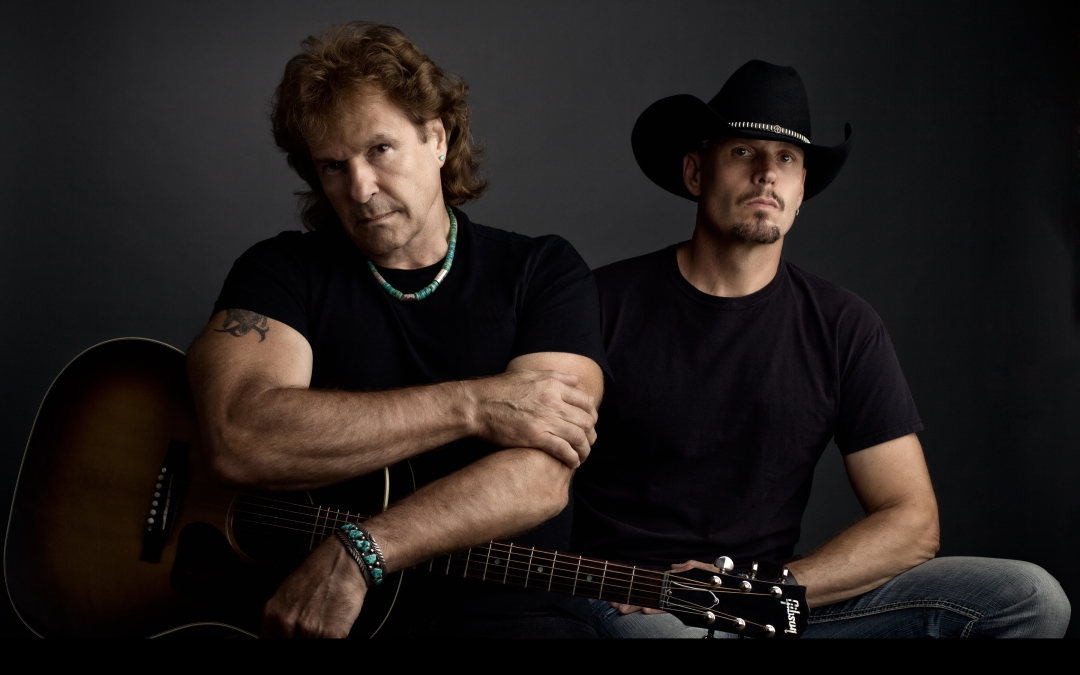 Nashville, Tenn. (November 13, 2020) — Today, multi-platinum selling country band BlackHawk released its new project, Just About Right: Live From Atlanta. Recorded live at Eddie’s Attic in Atlanta, Georgia in the fall of 2017 — when concerts were still a thing — the 22-track album features the best of BlackHawk and is sure to “bring back memories” (Parade).

Just About Right: Live From Atlanta revisits the band’s “impressive catalog” with a double-disc album chock-full of its greatest hits (Wide Open Country). Recording a live album, BlackHawk is stripped down to its rawest form and gave the duo a chance to reunite with their original backing band from the 90s, performing again alongside Bobby Huff (percussion) and Dale Oliver (lead guitar). Paul explains that this reunion “made for a very memorable musical moment. Many of the songs we chose were personal favorites from our early records spanning nearly a decade.”

The album includes the band’s smash hits: “I Sure Can Smell the Rain,” “Every Once in a While,” “Goodbye Says It All,” “Down in Flames” and more. Parade applauded the new album when it premiered “I Sure Can Smell the Rain” writing the velvet-like harmonies “sets the scene for a stellar album to come” and that the “live feel adds an extra dimension to this poignant song, allowing the sweet twang and passionate energy to shine through.”

American Songwriter premiered the poignant “Dances With Her Shadow” adding the “melancholy vocals flatter the band, displaying their traditionalist form with which they timelessly approach music.”

“Making a live BlackHawk acoustic recording takes me back to when Henry, Van, and I started writing and singing together as a trio,” says Dave Robbins. “It’s representative of BlackHawk in its purist form, having old friends join us on stage and tried-and-true fans makes everything ‘just about right’ on that special night in Atlanta.”

“I especially love the acoustic nature of this collection because it casts these songs in the true spirit in which they were written,” adds Paul.

Just About Right: Live From Atlanta is out now and available everywhere music is sold or streamed. Download now here: https://orcd.co/BlackHawkJustAboutRightLive

For more than 25 years, BlackHawk has shared a unique sense of harmony with their voices, their songs and their fans. It’s a harmony that has sold over 7 million albums, scored some of the most distinctive country radio hits of the ‘90s, and still draws tens of thousands of fans to their electrifying live performances.Today, BlackHawk continues to honor its past as it forges its future, and does it all with a commitment that takes their music – and the harmony – to a whole new level.