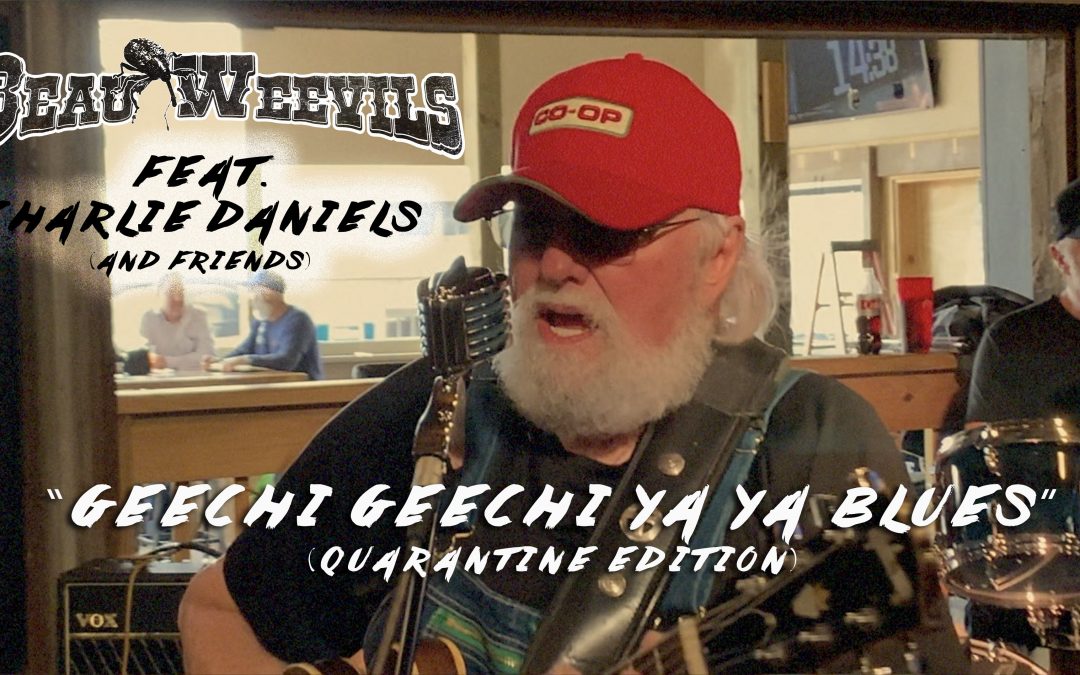 Nashville, Tenn. (June 1, 2020) — The Beau Weevils, comprised of Charlie Daniels, James Stroud, Billy Crain and Charlie Hayward, have called upon their famous friends, and a few fans, for a virtual quarantine jam session of their song “Geechi Geechi Ya Ya Blues.” The tune was originally released on the group’s 2018 project, Beau Weevils — Songs in the Key of E.

“I still marvel at my son, Charlie Jr., for being able to take all these people, who were in totally different places, record them remotely and put the whole thing together for such a fun video,” says Daniels. “I’m just an analog guy living in a digital world. Thanks to all my friends for helping out.”

One Country premiered the video this morning. Watch HERE.

Beau Weevils — Songs in the Key of E was released in late 2018 and described by Daniels as “down home, swampy rock meets funk with a little taste of ‘Delta’ type of style.”

For more information on the Beau Weevils album, visit http://charliedaniels.com/beauweevils. (Beau Weevils – Songs in the Key of E available via Blue Hat Records / distributed by BFD Distribution through The Orchard). Download, stream or purchase here:http://smarturl.it/BeauWeevils