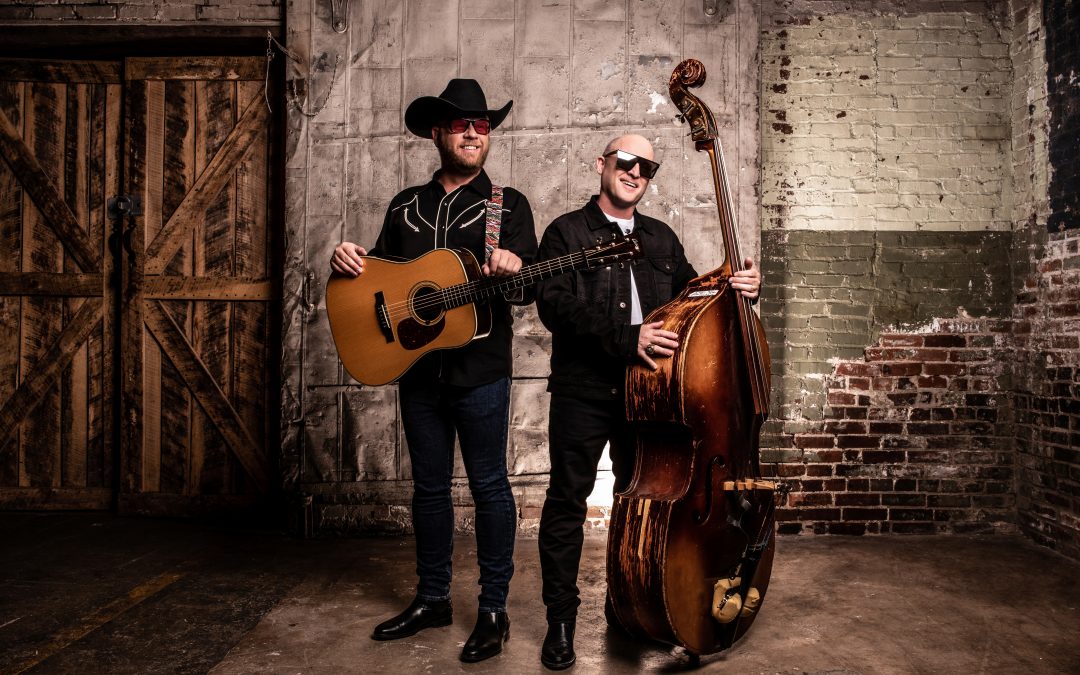 “Our goal, and mine personally, is to work with and represent the most outstanding, the most professional, and the most entertaining musicians, songwriters and vocalists that exist,” says Conway, President of CEG. “We are so excited to be able to work with Dailey & Vincent who are certified A+ in all of those areas. We are honored to oversee their touring worldwide.”

“We are proud to be the new kids represented by the team at Tony Conway’s CEG,” says Darrin Vincent. “With a deep history as an agency and management company, we’re looking forward to a bright and prosperous future together.”

“In a fast-changing, interdependent world, it’s imperative we surround ourselves and our business with experienced and bona fide professionals who understand the importance of relationships and the continued planning for the challenges the future holds,” adds Jamie Dailey. “Conway Entertainment Group not only has the knowledge, but they have the heart and soul for music. That’s one of the many reasons we’re thrilled to sign on with Tony Conway and his impeccable team!”

Dailey & Vincent recently announced their upcoming country release Let’s Sing Some Country! – out September 16. Produced by Paul Worley (Lady A, The Chicks, Trace Adkins), and with songs written by and with the help of Jimmy Fortune, Vince Gill, Alison Krauss, Rhonda Vincent and more, Let’s Sing Some Country! unleashes another side to the award-winning duo that fans don’t often hear. Since their first GRAMMY® nomination for Best Country Performance by a Duo or Group for their rendition of “Elizabeth” (nominated alongside Lady A, Little Big Town, The SteelDrivers, and Zac Brown Band), a country project has been on their radar.

About Conway Entertainment Group
Conway Entertainment Group (CEG) is a full-service talent agency comprising live events, booking and talent management. CEG is built firmly on the foundation of Tony Conway’s forty years of experience in the industry, climbing the ranks from agent to CEO of Buddy Lee Attractions, Inc., one of the world’s largest agencies. In 2009, Conway sold his interest in BLA and opened CEG with the desire to use his expertise from years of representing and negotiating some of the biggest tours, sponsorships, licensing deals, and literary, film and TV projects to come out of Music City. In early 2011, Brandon Mauldin, Senior VP, joined Conway at this specialized boutique agency. CEG provides a select group of clients, both breaking and established artists, unparalleled attention to all details of structuring tours and negotiating other relationships on their behalf. Personal one-on-one focus is the key to success at CEG.

About Dailey & Vincent
Grand Ole Opry Members, 5x GRAMMY® Award winners individually, 3x GRAMMY® Award nominees collectively, 4x DOVE Award winners, 3x Emmy Award nominees, and winners of 35 IBMA Awards altogether (including 3-time IBMA Entertainer of the Year Award winners and 3-Time Vocal Group of the Year Award winners), Dailey & Vincent — Jamie Dailey and Darrin Vincent — (and their world-class band) offer a unique and modernized spin on ‘American music’ – “the best of Country, Bluegrass and Gospel this side of heaven” (USA Today). The duo has played across the globe, taking the stage at iconic venues including the Ryman Auditorium and Carnegie Hall. Now on Season 5 of their nationally broadcast television series, The Dailey & Vincent Show on the Circle Network (and previously RFD TV), Dailey & Vincent bring their music to a national audience on a weekly basis. After a decade spent performing together and with over 1,000 airings of their PBS special Dailey & Vincent ALIVE – In Concert, their concoction of fantastically instinctive vocal blends of Dailey’s tenor and Vincent’s reedy harmonies has gained them well-deserved praise for their own distinctive style and worldwide recognition as American music gold. The duo has also created their own festival brand called Dailey & Vincent’s American Made Music Festivals where they bring artists such as Martina McBride, Josh Turner, Shenandoah, Del McCoury, The Isaacs, Ricky Skaggs, and other famed country, bluegrass, and gospel artists throughout the Southeast. Now, the renowned duo is trading in their award-winning Bluegrass twang for its Country counterpart. Unleashing another side to the award-winning duo, Let’s Sing Some Country!drops Friday, September 16.