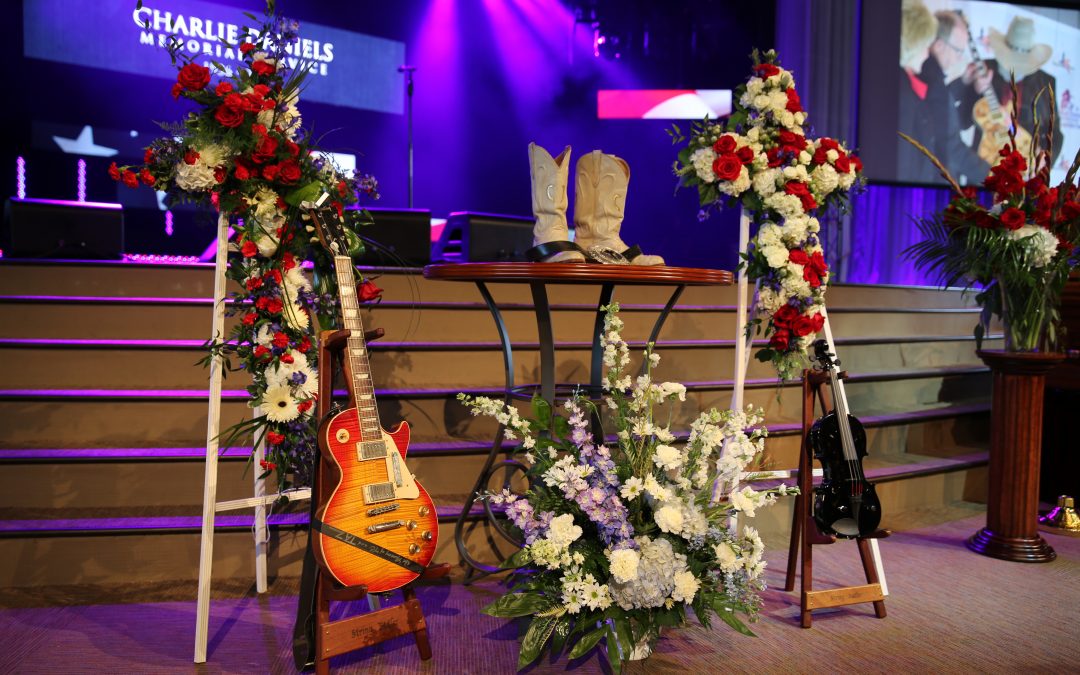 The funeral service began with Carolyn Corlew, a longtime backup singer for The Charlie Daniels Band (CDB), singing the Bible hymn, “The Lord is My Shepherd / 23rd Psalm.” A color guard followed with a march to Daniels’ casket with the U.S. and Tennessee flags, while former U.S. Marine Mark “Oz“ Geist recited the pledge of allegiance.

SiriusXM’s Storme Warren led the service, sharing his love and admiration for Daniels who he has long considered his hero and the reason he moved to Nashville.

Daniels passed away on Monday, July 6, at Summit Medical Center in Hermitage, Tennessee. Doctors determined the cause of death was a hemorrhagic stroke. He was 83. The beloved singer is survived by his wife, Hazel Daniels; son Charles William Daniels and Alaya Nowling and Evan Tubb, whom Daniels considered his grandchildren, as well as “grandbuddies” Taylor Corlew Jenkins and Bailey Wheeler.

From his Dove Award-winning gospel albums to his genre-defining southern rock anthems and his CMA Award-winning country hits, few artists have left a more indelible mark on America’s musical landscape than Charlie Daniels. An outspoken patriot, beloved mentor, and a true road warrior, Daniels parlayed his passion for music into a multi-platinum career and a platform to support the military, underprivileged children, and others in need. The Charlie Daniels Band has long populated radio with memorable hits and his signature song, “The Devil Went Down to Georgia.” Over the course of his career, Daniels received numerous accolades, including his induction into the Country Music Hall of Fame, the Musicians Hall of Fame and becoming a member of the Grand Ole Opry. Daniels helped to shine the spotlight on the many causes that are close to his heart. He was a staunch supporter of the military and gave his time and talent to numerous charitable organizations, including The Journey Home Project, that he founded in 2014 with his manager, David Corlew, to help veterans of the United States Armed Forces.