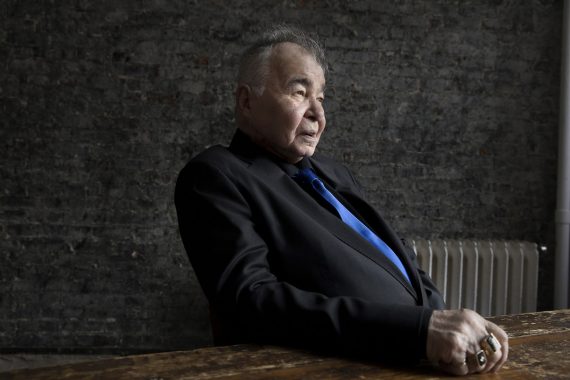 “So sorry to hear about the passing of John Prine. Singer, performer and songwriter extraordinaire. Rest in Peace, sir. You will be remembered and missed.”
-Charlie Daniels (Member, Country Music Hall of Fame)

“I was so sorry to hear of John Prine’s passing. He certainly will be missed in our community. John was a brilliant singer-songwriter that could always make you feel like you were right there in the place he was singing about. In an industry of big bands, John didn’t need that. He was the band! John and his guitar could entertain thousands at a time.    A rare quality in any generation. John, Rest in Peace! We know what an indelible mark you made on the music we all love.”
-Ricky Skaggs (Member, Country Music Hall of Fame)

“It was 1973 in Chicago, during a taping of Soundstage, that my favorite songwriter, Kris Kristofferson, introduced me to his favorite songwriter, John Prine. He very soon-later that night in fact became one of my favorite songwriters too, as John, Kris and I sat in the floor of Kris’ room at The Palmer House and traded songs until daylight. I think Stevie Goodman was there too. John was a true craftsman and a humble, wonderful man. Rest in Peace, ‘Johnny.'”
-Larry Gatlin (Member, Nashville Songwriters Hall of Fame)

“John Prine was a giant when it came to songwriters. He never wasted a word in his songs, and he kept the music simple and accessible to us all. If Hank Williams, Bobby Dylan and Johnny Cash morphed into one being, it was John Prine. RIP.”  -Billy Dean

“John Prine was a national treasure. I used to go hear him play at the Bluebird Cafe back in the day. What an amazing songwriter and storyteller he was. Honestly, John was a genuine and affable guy with such a humble nature. If you met him it really wasn’t surprising that he had such a well of stories inside of him. So deeply talented and a true musical pioneer. This is yet another heart-wrenching loss for our music community. Restless Heart sends our condolences and prayers of peace to his beloved wife and family, friends and fans as the entire world mourns this loss.”
-Dave Innis, Restless Heart

“Last night, yet again, we lost another music legend. John Prine has passed. One of the greatest songwriters ever. His work, songs like ‘Paradise,’ ‘Sam Stone,’ ‘Please Don’t Bury Me,’ and so many others will remain a part of American music folklore, never to be forgotten. I only met him once, in Sun Valley, Idaho, and he was very kind to me. May God be with his family and loved ones. Godspeed, John Prine.”
-Collin Raye

“John Prine’s passing leaves a huge void in the songwriting department  of our business. He truly was one of the kindest and most talented people that ever put pen to paper. My thoughts and prayers are with his family, friends and fans at this difficult time when another one of our great musical talents has gone silent. He will be deeply missed.”
-T.G. Sheppard

“Like all good literature, art and music, he’s leaving us with a lot to think about and he had the kindness to serve it up with humor and irony, the very essence of kindness. There’s no end to our gratitude for John Prine. It hurts.” -Pam Tillis

“John Prine was a genius.  He wrote some of the most poignant songs ever.  ‘Paradise’ was one of the first songs I ever learned to play on the guitar.  We will miss you old friend and your magical craft.”
-Darryl Worley