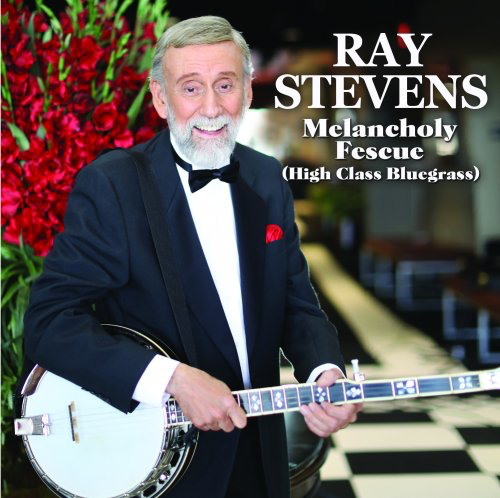 Meticulously choosing timeless hits like “Oh, Pretty Woman,” “In the Still of the Night,” “Sophisticated Lady,” “Can’t Take My Eyes Off You,” “Goin’ Out of My Head” and more, the country and comedy legend’s new project shows that a great song holds on to its greatness, no matter how you serve it up.

“Goin’ Out of My Head” was premiered by Wide Open Country, where Stevens notes, “It’s a song you just wouldn’t ever expect to hear done that way, but it works!” Additionally, “Ruby/Ruby Baby” was featured on the Bluegrass Situation, where Stevens highlights that these songs are the “soundtrack of my life… bluegrass-style takes these songs to another level of enjoyment.”

Dropping four albums in total this spring, the third, Slow Dance, arrives on April 23, with the fourth and final album, Nouveau Retro (What’s Old Is New Again), dropping on May 21. On June 18, fans can purchase the four new albums altogether in a special-edition box set, Iconic Songs of the 20th Century (The Soundtrack of Our Lives).

For more information on Ray Stevens, his new albums and the special-edition box set, visit raystevens.com.

About Ray Stevens
Twelve-time nominated and two-time GRAMMY® Award winner Ray Stevens has spanned the generations with more than 60 years of comedic musical talent, including songs such as his multi-million selling hit “The Streak” and his classic pop standard “Everything Is Beautiful.” Throughout his career, Stevens has sold more than 40 million albums. In 2018, the music legend opened his very own Nashville entertainment venue, the CabaRay Showroom, a 35,000 square foot music venue where, during non-COVID-19 times, Stevens performs weekly live concerts. He is a member of the Nashville Songwriters Hall of Fame, the Georgia Music Hall of Fame, has a star on the Music City Walk of Fame and was formally inducted into the Country Music Hall of Fame in the fall of 2019.