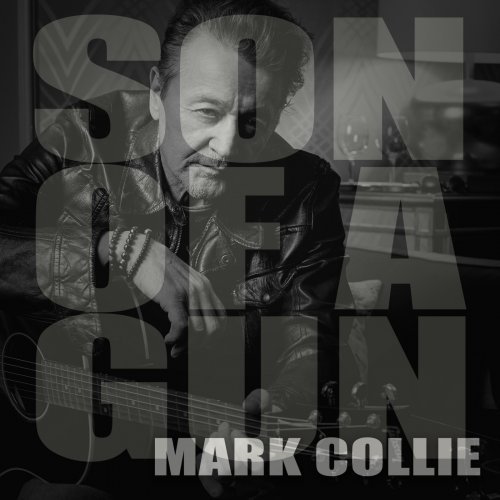 “The Son of a Gun” was written by Collie and Hollywood writer, director and filmmaker Jonathan Hensleigh (Die Hard with a Vengeance, Jumanji, Armageddon, The Punisher).

“This was my first songwriting collaboration with Jonathan,” explains Collie. “He came up with the idea and it really fit the album and gave us an opportunity to recognize and honor those who keep us safe and free.”

“It started with a conversation about our World War II survivor fathers,” adds Hensleigh. “Men who had to carry a firearm in the line of duty and what effect that has on a person when they return from combat.”

The new single will be included on Collie’s forthcoming album, Book of My Blues, set to release later this year. Additional information on the new album will be announced in the coming weeks. Fans can pre-order “The Son of a Gun” here.

About Mark Collie
Mark Collie is one country music’s most enduring singer, songwriter, and actors. In addition to multiple Top 10 country hits, his songs have been recorded by some of country music’s most iconic recording artists including Tim McGraw, Garth Brooks, Billy Ray Cyrus, Martina McBride, George Jones and ALABAMA. His film and TV roles include The Punisher with Thomas Jane and John Travolta, Fire Down Below with Stephen Seagal, Walker Texas Ranger and the TV series Nashville, to name a few. Collie has actively raised money and awareness for diabetes research. A recipient of the American Spirit Award, Collie is a strong supporter of our men and women in uniform having performed for troops around the world. He believes in second chances, alongside his wife Tammy, they are committed to working with incarcerated men and women teaching and helping them find their voice through music expression programs designed to help prepare them for successful re-entry.

For more information about Mark Collie and Book of My Blues, visit markcollie.com