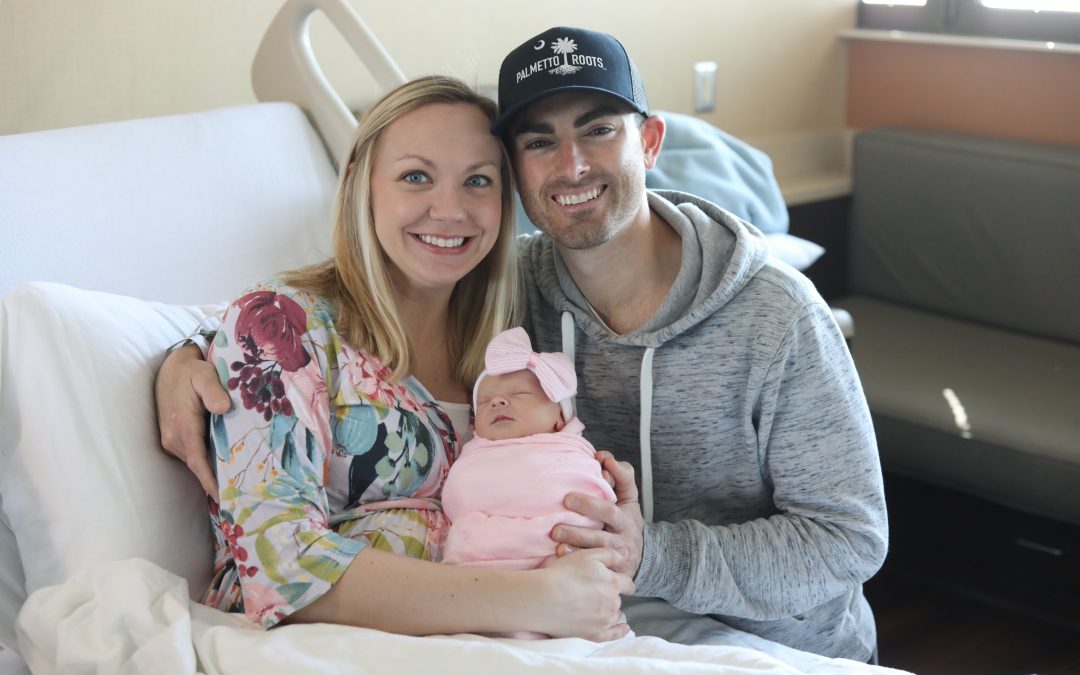 Nashville, Tenn. (April 17, 2019) — Copperline Music Group artist Cody Webb and his wife Hayley are thrilled to announce the arrival of their first child, Josie Layne Webb. The new parents welcomed their daughter on Sunday, April 14, 2019, at 3:36 p.m./CT, weighing 6 lbs., 5 oz. and measuring 17 in.

“We’ve heard people say there’s no feeling like this in the world, but it’s truly indescribable until you have felt it first hand,” Webb tells People. “This little girl has no idea how many adventures she has ahead, and we couldn’t feel more blessed that she is here and healthy. God is good.”

This year is shaping up to be filled with a lot more firsts for the country music newcomer, as he just released his brand-new single “Gettin’ Somewhere” that’s currently featured on Apple Music‘s CoolCountry playlist. Webb will also be the star of the NFL Draft‘s introduction video, airing every night on ABC, the NFL Network, ESPN, ESPN2, and ESPN Deportes, taking place April 25-27 in Nashville, Tennessee.

Copperline Music Group’s Cody Webb dropped his brand new single “Gettin’ Somewhere” in March of this year. The singer-songwriter co-wrote the track with Jason Matthews and Mike Mobley. The tune continues to gain traction with national media coverage from Parade.com, The Boot, Apple Music, Spotify, Morning Hangover, CMT Music, CMT.com, Cumulus’ The Ty Bentli Show, Country Rebel and more. A prolific songwriter, Webb’s best known for co-writing “Memories Are Made Of,” alongside Luke Combs and Ray Fulcher on Combs’ multi-platinum selling debut album This One’s For You. Webb has opened for numerous country music heavy hitters such as LOCASH, Cole Swindell, Lonestar, Frankie Ballard, and Easton Corbin. The South Carolinian’s debut single “She’s Carolina” was beyond impactful in his home state, banking more than one million views on Facebook for the “Carolina” lyric video. Webb is currently on his “Gettin’ Somewhere” Tour, performing in cities across the nation. The singer is planning to release his next single this summer.