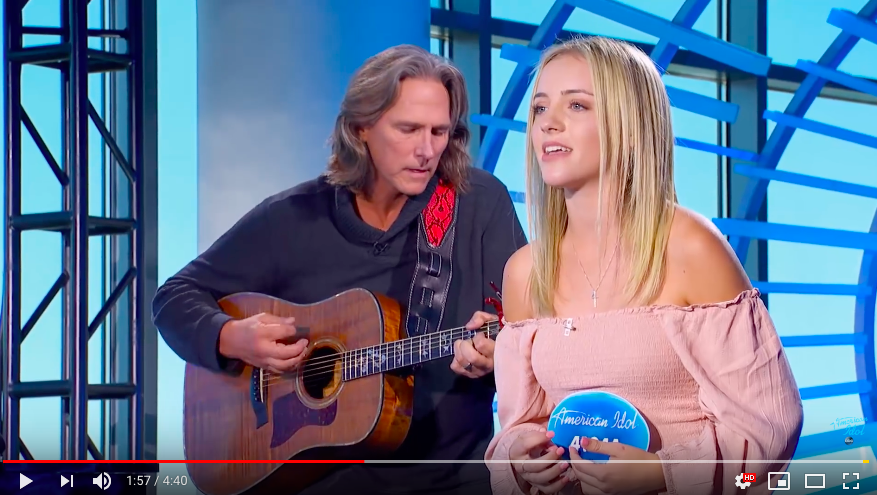 Nashville, Tenn. (March 19, 2019) — Country music fans who were tuned into last night’s edition of American Idol on ABC likely recognized a familiar face and voice. During the show, country hitmaker Billy Dean accompanied Idol contestant Chloe Channell to the audition studio where he backed her on guitar as she performed Keith Urban‘s “Stupid Boy.”

Dean, Channell’s musical mentor, was instantly recognized by Idol judges Luke Bryan, Lionel Richie and Katy Perry. Bryan highlighted his success as a country singer, while Richie delivered a history lesson on his and Dean’s past with the legendary singer Kenny Rogers.

The judges were pleased with Channell’s performance, advancing her to Hollywood for the next round of the national singing competition. Following the performance, Bryan and Dean crooned his hit tune, “Only Here for a Little While.”

Dean recently released his first ever gospel album, Billy Dean & Friends – Gospel Favorites, and will soon be back in the studio to record material for a new untitled project he’s planning to release later this year. About Billy DeanIn his music career spanning more than 25 years, Dean has claimed eleven top ten Billboard country singles, including five #1 hits: “I Miss Billy the Kid,” “Somewhere in My Broken Heart,” “If There Hadn’t Been You,” “You Don’t Count the Cost” and “It’s What I Do.” Dean recorded eight major label studio albums, three of which have been certified gold by the RIAA, as well as a greatest hits album which is also certified gold. Earlier in his career, the Academy of Country Music named Dean Top New Male Vocalist and also awarded him Song of the Year for “Somewhere in My Broken Heart.” In 2000, Dean sang harmony vocals alongside Alison Krauss on Kenny Rogers’ rendition of “Buy Me A Rose,” which earned a GRAMMY®. In addition to his successful recording career, Dean has also acted in several movies and appeared in numerous television shows.