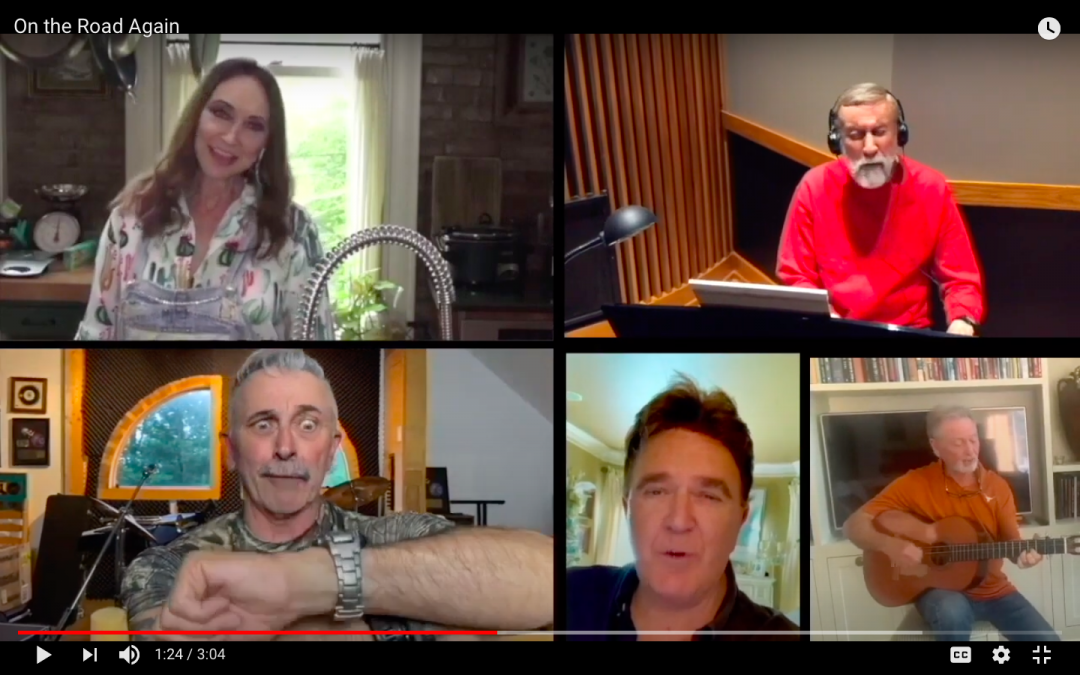 Nashville, Tenn. (June 3, 2020) — Just like all singers in the music business, country legends Larry, Steve & Rudy: The Gatlin Brothers are ready to hit the road again. To voice their message, and to pay tribute to a country icon, the brothers wrangled some of their famous pals for a socially distanced music video of the classic Willie Nelson tune, “On the Road Again.”

“Willie’s likeness should be on Mount Rushmore,” says Larry. “This is our tribute to our old Texas buddy. Willie Hugh Nelson, from Abbott, Texas, ‘on loan’ to the world from somewhere in outer space. He ain’t of this world. I mean that in a good way. Wherever you are right now, Will, just know that Larry loves ya. So does the rest of the world.”

“What a fun, and also true video,” notes Daniels. “We’re all sitting around waiting to be on the road again.”