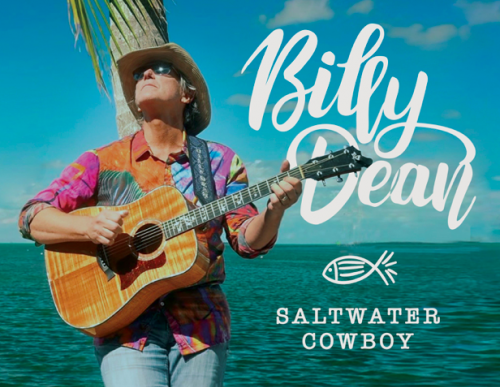 Nashville, Tenn. (July 12, 2022) — Cowboys & Indians has exclusively premiered the official lyric video for Billy Dean’s “Saltwater Cowboy.” The song, co-written and recorded by Dean, will be included on his forthcoming album, The Rest of It’s Mine. Watch HERE.

“‘Saltwater Cowboy’ is a musical gumbo stew reflecting a diverse variety of music styles I grew up with in the Panhandle of Florida,” explains Dean. “It’s a mixture of George Clinton Funk, Allman Brothers Southern Rock, sprinkled with a little Cajun Reggae. Whatever that means! We call it Trop Rock down here.”

The Rest of It’s Mine is a 10-track collection of tunes that reflects a place very near and dear to his heart: his home state of Florida. Dean’s new project, his first country album in 10 years, drops July 22 via BFD / Audium Nashville.

“I was so touched and moved when Florida inducted me into its Artists Hall of Fame it made me terribly homesick,” says Dean. “So I moved back to reconnect with my aging mother, my high school buddies and friends and family. That all inspired the tropical flavor of this album.”