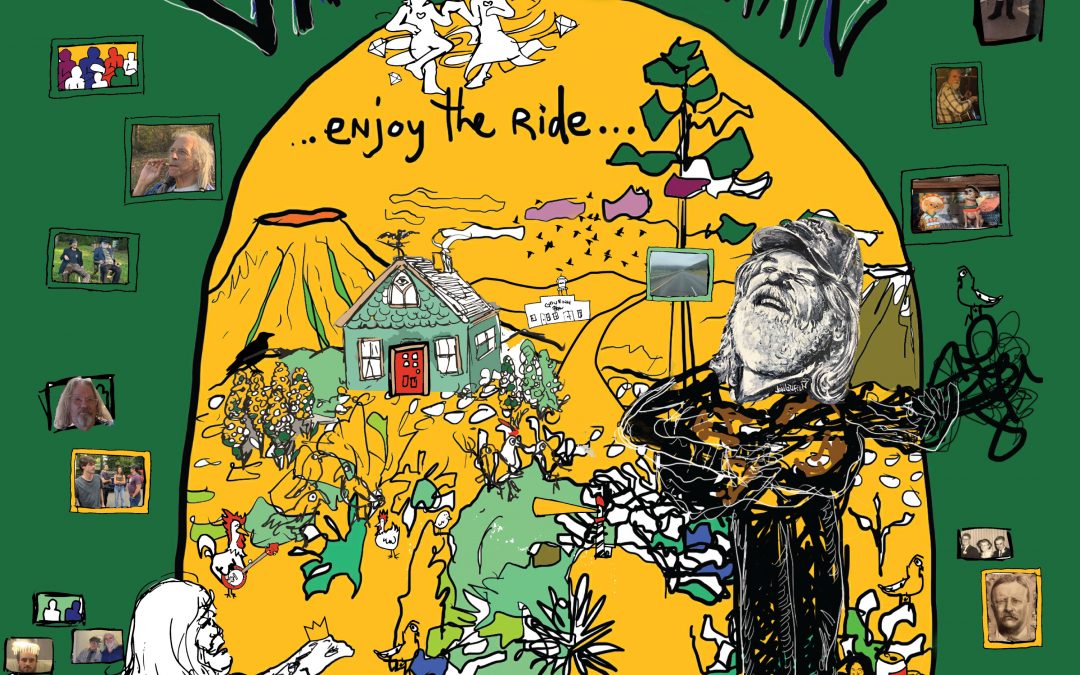 “I’m deliriously happy about getting this record out and playing with my new band,” says Herman. “The shows on the road have been great and the support from radio and fans has honestly been a great relief. Doing a new project like this is kind of frightening, not knowing how it will be received. I’m incredibly grateful for the response this far and look forward to good times ahead!”

“With his immersion into Nashville, Herman’s also peeling back the pages of Music City history, harkening back to the early days of country music, where the genre lines were blurred or not yet defined by record labels and marketing teams.”
–Garret K. Woodward, Rolling Stone

“It is a fabulous recording filled with original songs that reflects Herman’s time in the music business, showcasing many of the diverse genres he has dipped his hat into while staying true to his roots music heart.” -Derek Halsey, Bluegrass Unlimited
“The material ranges from Prine-ish country-folk rock (‘Lost Lover’s Eyes’) to funky swamp rock (‘Rattlesnake’) and jazzy Dixieland polka (‘Any Other Way’). There’s also straight-up bluegrass (‘Enjoy the Ride’), classic Cajun country (‘Coraleen’) and traditional country (‘Drinking Alone’).” –Daryl Sanders, The Nashville Scene

“Vince Herman is not quite a breakout artist, but he’s breaking out on his own from Leftover Salmon. His old school outlaw country sensibilities (with a touch of bluegrass) harken back to artists like Kris Kristofferson. ‘Enjoy the Ride’ is the type of album that the Americana genre was created for.”  -Andre de Channes, KRSH (Santa Rosa, CA)

In December 2021, Herman was at the Cowboy Arms Hotel and Recording Spa in Nashville, the studio made famous by the late Cowboy Jack Clement, cutting tracks with a crack group of musicians, assembled by Ferguson, to back him on the sessions. All the songs were tracked live over three days with a studio band featuring guitarist Pat McLaughlin, multi-instrumentalist Darrell Scott (acoustic guitar, 12-string baritone guitar, banjo), bassist Dave Roe, drummer Pete Abbott, keyboardist Mike Rojas, guitarist and pedal steel player Russ Paul, fiddlers Jason Carter and Bronwyn Keith-Hynes, and Herman’s son Silas on mandolin. Tim O’Brien stopped by the studio during that time to add some harmony vocals.

“It’s absolutely a new thing and way different than anything I’ve done with Leftover Salmon,” Herman tells CMT. “I’ve kind of considered Leftover Salmon a country band. One of the intentions with this record was to make my idea of what country music is to me. It involves Cajun music, bluegrass, all that stuff that is country right now.”

Ferguson was ecstatic to work with Herman on the project but believes it should have happened sooner. “I really enjoyed making this record,” he explains. “The songs are mighty strong and his delivery is a producer’s dream. But it’s a shame he waited so long to make a solo record! It’s a good clean fun record that all the girls and boys from nine to ninety can enjoy! I’m very proud to have been involved, and I’m glad to call him a great friend and a great hang.”

This weekend, SiriusXM Outlaw Country will tip its hat to Herman with an “Inside Outlaws” mini-concert. The hour-long special, hosted by Ferguson, will feature Herman performing the new tunes in-studio.

Enjoy the Ride is available to stream or download now through all digital music retailers. Order the physical edition — CD or vinyl — HERE.

Herman will round out the year promoting the album with a few additional solo dates:

About Vince Herman
Vince Herman is a guitarist and singer-songwriter best known for being one of the founding members of Leftover Salmon. The band started in 1989 as somewhat of a melding of the Left Hand String Band and the Salmon Heads, and became increasingly popular over the sixteen years that followed. The band went their separate ways in 2005, but have since regrouped. During the band’s hiatus, Herman formed a new group called Great American Taxi, who released their debut album in 2007. Great American Taxi toured extensively and garnered a following. Herman toured with Great American Taxi until the Leftover Salmon tours called him away in 2013. Herman moved to Nashville in 2021 and continues to tour with Leftover Salmon. In November 2022, Herman released his first-ever solo album, Enjoy the Ride.