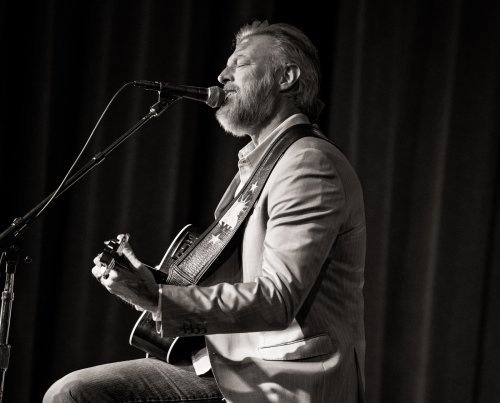 “It’s always an honor to help those who serve our country, its people and our furry heroes,” says Worley. “I hope we can blow it out for Paws.”

“’Performers for Paws’ is a charity event that directly helps fund the retirements of our nation’s police K-9s and military working dogs,” says Project K-9 Hero founder Jason Johnson. “Our non-profit specifically assists those that have significant medical needs, or require rehabilitation and rehoming. We are so excited to host this charity event as it will help us make a direct impact on the retired K-9 heroes we serve. Come on out and join us as we help honor our nation’s retired working dogs and raise money to protect those that protected us.”

The event, in partnership with the Leaving Legacies Foundation, will include a virtual and live auction, as well as special appearances by furry friends K-9 Klara, K-9 Yoube, K-9 Mattis, K-9 Dean, K-9 Rip, and K-9 Grim.

Project K-9 Hero is a national non-profit 501c3 organization, whose mission is to provide medical care, food, and death benefit assistance for our nation’s retired Police K-9s and Military Working Dogs. Project K-9 Hero also helps K-9s who need a home after their service, through rehabilitation and adoption. Project K-9 Hero, is dedicated to “Protecting Those Who Protected Us,” by spreading awareness and educating the public.

There are many things platinum-selling Darryl Worley has come to know in his 20+ year country music career. One of those things is how to recognize a hit song— Worley has scored nearly 20 hit singles and three chart-toppers with the self-penned “Awful, Beautiful Life,” the patriotic “Have You Forgotten?” and “I Miss My Friend.” He also recognizes the importance of giving back as seen through his work with The Darryl Worley Foundation, annual charity events and supporting the United States military, as well as our nation’s veterans.