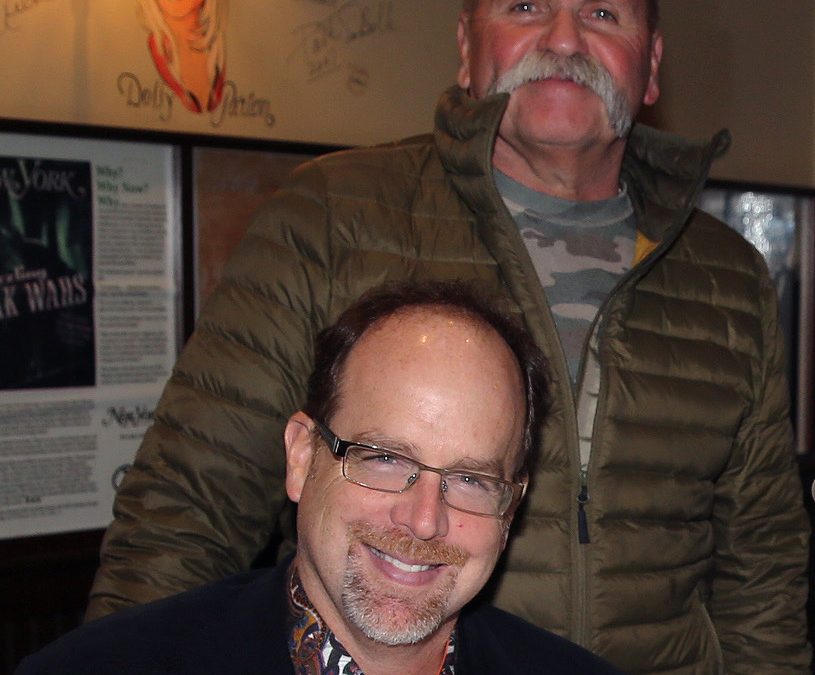 “Great songs are the basis of all we do. Recording and performing either makes us or breaks us,” says Corlew. “After selling my last catalog to BMG, I wanted to continue working in publishing, so I approached my 20-plus year partner in the label and distribution business, Bob Frank, and we decided to create Corlew-Frank Music. It made perfect sense to sign Scott Brown as our first writer, an artist we work together with through Bob Frank Distribution. Bringing publishing veteran Kim Jones into the mix made perfect sense, utilizing her experience in songs and writer development.”

Corlew’s previous publishing ventures with Kicking Bird Music, Bud Dog Music and the Corlew Music Group were all successful, racking up hundreds of cuts. Over the years, he’s worked with many notable songwriters, including Chris Wallin, Keith Follesé, Tim Owens, Ben Stennis, Jason Sellers, and Jaron Boyer. “David and I are looking forward to building Corlew-Frank Music into a preeminent independent publishing company,” says Frank. “He has a tremendous history of success and finding talented writers very early on in their development.”

David Corlew is the longtime manager of country legend Charlie Daniels but also touts an extensive background in the publishing arm of the music business. In 1992, Corlew and Tom O’Grady established Kicking Bird Music and Bud Dog Music, a publishing company with over 80 label cuts. Several of these cuts went to #1, including “Standing on the Edge of Goodbye” (John Berry), “Something Like That” (Tim McGraw), “I Love You” (Martina McBride), “Smile” (Lonestar), and “Take the Keys to My Heart” (Garth Brooks). In 1999 the catalog was acquired by Windswept Pacific and became a joint venture, creating the Corlew Music Group which garnered nearly 200 cuts. During its tenure, the Corlew Music Group’s hits included “Untangle My Mind” (Chris Stapleton), “Lead Me Home” (Jamey Johnson), “Make You Mine” (High Valley), “Love You for a Long Time” (High Valley), “Strange,” “But Why,” “Over You” (Reba McEntire), “Some People Change” (Kenny Chesney and Montgomery Gentry), “Famous People,” “Ticks” (Brad Paisley), “I’m Tryin'” (Trace Adkins), “Something to Be Proud of” (Montgomery Gentry), “Settlin,’ (Sugarland), and many more. Corlew has worked with The Charlie Daniels Band for 46 years, serving as Daniels’ personal manager for the last 31 years. Corlew also holds the title of President/Co-Owner of Blue Hat Records which recently celebrated their 20th year of releasing albums and DVD projects. Even winning a GRAMMY Award for Amazing Grace Vol. II (A Country Salute to Gospel) in 1998. In 1999, The Corlew Music Group was formed, producing over 150 cuts to date, from artists such as Reba McEntire, Kenny Chesney, Brad Paisley, Jason Aldean, and many other country superstars. In 2005, Corlew formed David Corlew Filmswhich has filmed several projects for The Charlie Daniels Band, including their 2005 tour of Iraq and Southwest Asia as well as developing projects for CMT, GAC, and other networks. Corlew and Daniels also co-founded the not-for-profit organization The Journey Home Project which sees its mission to assist veterans with military organizations who do the most good. David is a former President of the Academy of Country Music Board of Directors and Governor to the Nashville Chapter Board for NARAS. He is currently a member of the Vanderbilt-Ingram Cancer Center Board of Directors and President of the Stars For Stripes Board of Directors.

Bob Frank is the founder and CEO of Bob Frank Entertainment / BFE which was launched in 2012 with proprietary interests in Admiral Lane Songs (Music Publishing via Kobalt), Damson Lane Productions (Film & TV via Orchard & Cinedigm), Red River Entertainment and BFR (Record Labels via Orchard & ADA) and BFD (Record Label distribution via Orchard). In January 2010 Frank co-founded the digital syndication network Qello Concerts which was established to broadcast HD concert films and music programming on all OTT distribution platforms.  Frank served in various capacities from 2010 – 2018 including President, Chief Content Officer and Chairman.  In January 2018 Qello was sold to Stingray Entertainment. From 1999 – 2009 Frank was Global President of E1 Music Publishing and E1 Music, the former publishing and music divisions of Koch Entertainment of which Frank was a co-founder in 1999.  E1 Music / Koch Entertainment placed over 200 albums on the Billboard Independent chart during 2000-2009 and maintained the #1 Independent ranking per Billboard for the period.  Frank is the former Chairman (2007 – 2011) and Board member for the Merlin organization, a global rights organization representing the Independent music sector.  Prior to Koch, Frank was President and co-founder with Walter Yetnikoff of the Velvel Music Group from its inception in 1997 through the sale to Koch International in 1999. Before launching Velvel, he spent eight years with PolyGram, primarily at Mercury Records in Nashville, where he was GM / Senior Vice President under CEO Luke Lewis.