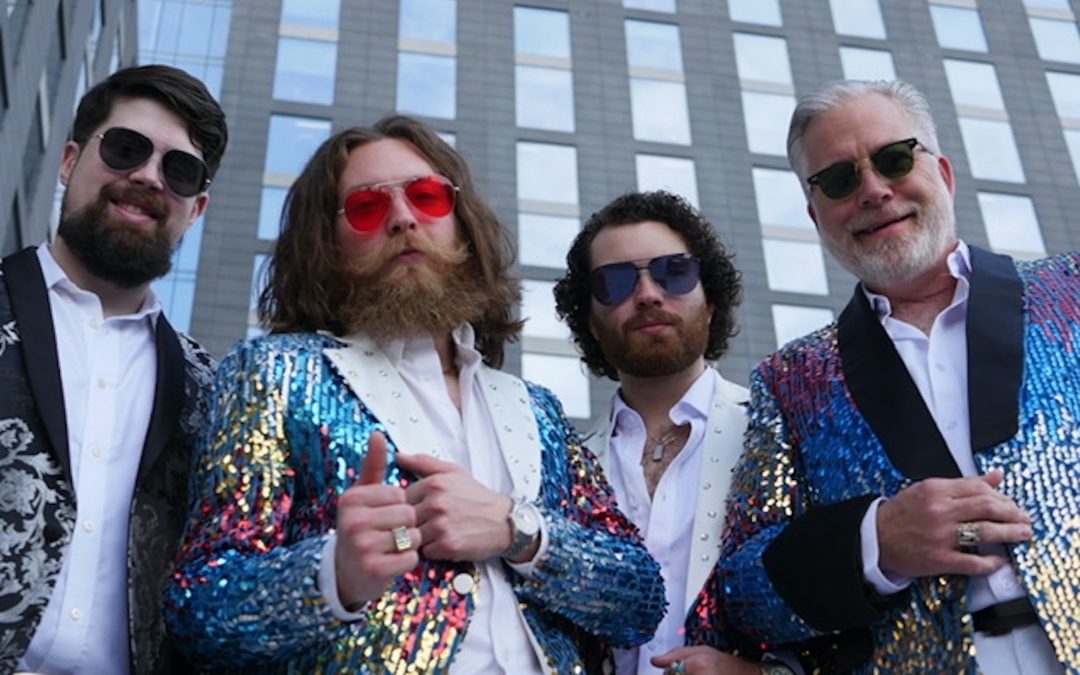 Nashville, Tenn. (April 20, 2022) – Critically-acclaimed American Roots music group Gary Brewer & The Kentucky Ramblers have signed on with Bob Frank Entertainment (BFE) for a global distribution agreement through The Orchard. The newly-signed deal teams BFE and The Orchard with the band’s label, SGM Records, for a massive distribution reach of future music releases.

“We are thrilled to partner with the legendary Gary Brewer & The Kentucky Ramblers for distribution of their storied catalog and new releases,” says BFE CEO and Founder Bob Frank. “All at BFE are looking forward to expanding the overall brand and working with Wayne Brewer and the talented SGM Records team.”

“As a longtime country and bluegrass music fan, I am so pleased to get to work with one of the best, Gary Brewer & The Kentucky Ramblers,” adds The Orchard’s SVP, Artist & Label Partnerships, Alan Becker. “By joining forces with Bob Frank and The Orchard, Gary and his team at SGM Records will have even greater reach and capabilities enabling them to continually engage their fast-growing audience and fully equip them to continue their winning streak well into the future.”

About Gary Brewer & The Kentucky Ramblers
Gary Brewer & The Kentucky Ramblers are a family band with roots dating back six generations, having traveled the road performing in all 50 states, Canada and Europe extensively since forming in 1980. Today, GBKR takes the stage performing a fusion of American Roots-style music all their own called “Brewgrass.” Despite being over four decades into his career, Gary Brewer is currently experiencing a new peak following the release of his 2020 album, 40th Anniversary Celebration. In addition to receiving critical acclaim from top publications including American Songwriter,Thrive Global, Medium, Authority Magazine, Country Rebel, The Boot, and countless others, it was also a huge hit on the Billboard charts. In total, it spent an astonishing 16 weeks at No. 1 on the Billboard Bluegrass Albums Chart, additionally it was the No. 3 best-selling project overall in 2021 (only behind two Sturgill Simpson projects). The album was also listed between mainstream artists Ariana Grande and Rob Zombie on the all-genre ‘Top Current Albums Sales’ year-end chart. It was supported by an innovative tour that saw the group strategically navigating through the pandemic era.The band is carrying the momentum into 2022 with a new single, “Pass Along The Good”; co-written with multi-GRAMMY award-winning Americana music icon, Jim Lauderdale. The track was written and recorded at the Brewgrass Entertainment Studio. Released to widespread attention, “Pass Along The Good” was No. 1 on the Global Radio Indicator Americana chart as the top downloaded/played track of the entire month of January 2022 and is currently in heavy rotation on Sirius XM’s Outlaw Country (ch 60). “Pass Along the Good” adds to the proliferating career of GBKR, who was up for “Best New Artist” on the initial round ballot in the 64th GRAMMY awards and recently featured in Billboard magazine’s 2022 GRAMMY contenders issue. Saving Country Music credited GBKR along with Billy Strings, Sturgill Simpson, Molly Tuttle, Sierra Hull, and Bela Fleck as the groups who have brought bluegrass back into the mainstream.

About SGM Records
SGM Records is an independent record label founded by Gary Brewer in 1988 in Louisville, KY. Brewer initially started SGM to re-release his back catalog. Aside from older projects, he also decided to capitalize on the fact that he had 100% creative control to release new recordings as well. In 2012, Gary’s oldest son Wayne Brewer became CEO of SGM, and his wife Alyssa Brewer later became COO in 2015. Since launching, Gary Brewer & the Kentucky Ramblers have been the main focus of SGM (releasing 29 studio albums), but the expansion of the label encouraged the group members to individually put out solo projects (including Gary’s grandfather Finley J. “Pap” Brewer Sr. who played with the original Carter Family in the 1920s, Gary’s father Finley J. Brewer Jr.’s “Truck Driving Man”, Wayne Brewer’s “The Kentucky Fiddler”, and Gary’s youngest son Mason Brewer’s “Monstrous Shadows”.)  In 2020, with inspiration from their newly built recording studio, “Brewgrass Entertainment studios” (located in the SGM Records warehouse near the Louisville, KY area), Wayne and Mason Brewer discovered “the newest face in Outlaw Country”, CJ Sparks a Muhlenberg county, Ky. Native singer/songwriter. Wayne later signed Sparks to the SGM label in 2021 releasing his debut album “The Prodigal Son” co-written by Gary Brewer and produced by Wayne and Mason Brewer.  With multiple artist deals currently in the works, be on the lookout for more upcoming ‘newly signed artists’ announcements in the near future from various genres.

About The Orchard
The Orchard, now in its 25th year, is a full-service music distribution company operating in more than 45 cities worldwide. The Orchard’s comprehensive artist & label services offering harnesses innovative technology, transparent data analysis, and expertise to reach fans and grow audiences. Offerings include digital and physical sales and marketing, advertising, sync and brand partnerships, rights management, video monetization, collaborator splits and royalty accounting, publishing administration and more. Championed by an exceptional community of music lovers and experts, The Orchard empowers creators and entrepreneurs to grow and adapt in the dynamic, global industry. For more information, visit theorchard.com.