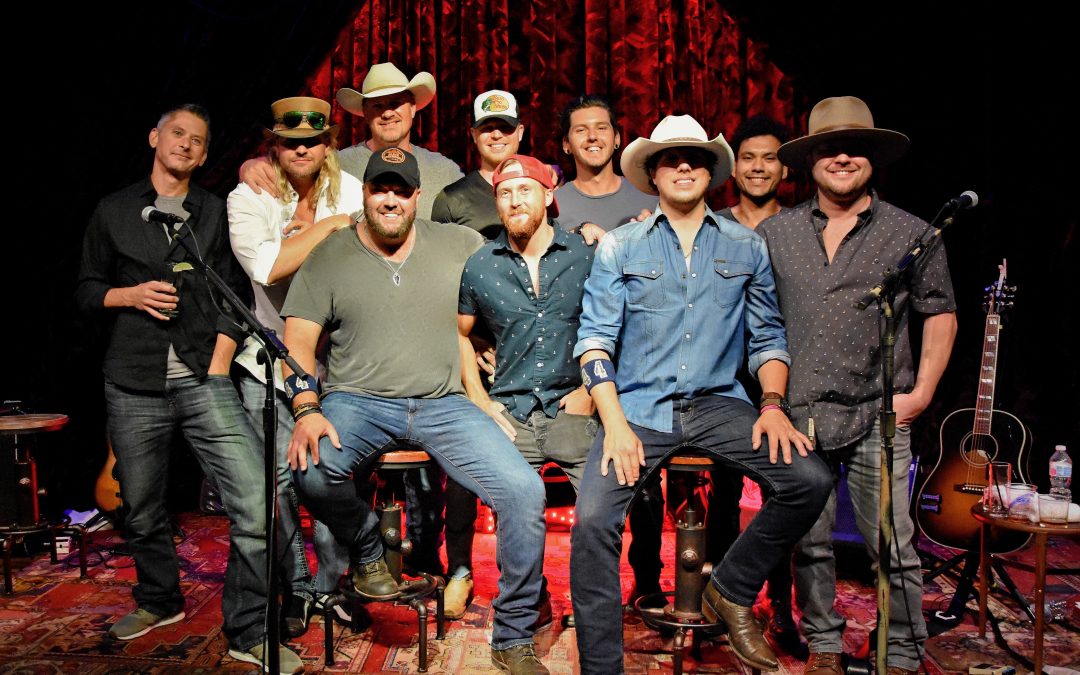 Live Concert Performances Slated for First Tuesday of Every Month

Nashville, Tenn. (July 18, 2018) — Amidst a successful premier show, ACM-nominated country duo Halfway to Hazard has announced an ongoing Nashville-based residency at Analog in the Hutton Hotel.

“This monthly residency at Analog has given us the opportunity to showcase all of our multi-genre artist, actor, sports personality, and musician friends that we have made over the last 12 years of adventurous travels,” says Warrix. “And, of course, we get to remind people of our music too, plus win over some new fans in the process. It definitely doesn’t hurt that we can do this a couple miles down the road from our own houses here in what seems to be the current most popular city in America.”

“It was great to be back in Nashville playing live… it’s been too long!” states Tolliver. “Having some of our best friends in the business join together onstage makes it that much sweeter. We’re looking forward to the upcoming shows. Analog is a fantastic venue and adds to the audience experience.”

With the residency off to an impressive start, each subsequent show will also feature special to-be-announced guests, who will perform alongside the Hazard boys, as well as other surprises such as a 90s night complete with throwback jams.

The Kentucky-reared duo’s next show is Tuesday, August 7 at 6:00 p.m. Analog at the Hutton Hotel is located at 1808 West End Ave, Nashville, TN 37203. For ticket information, visit huttonhotel.com.

About Halfway to Hazard

Halfway to Hazard is an American country music duo composed of singer-songwriters David Tolliver and Chad Warrix. Though Tolliver and Warrix grew up in different towns in southeastern Kentucky, their group originated in Hazard, Kentucky, which was halfway between their hometowns. The group’s debut album, Halfway to Hazard, peaked at #14 on the Billboard Country Albums chart, landing them a Top 20 album straight out of the gate. Byron Gallimore and country music superstar Tim McGraw co-produced the project. Included on the album was their debut single, “Daisy,” which earned them a Top 40 hit on the Billboard Hot Country Songs chart in 2007. As a songwriter, Tolliver has penned songs that were later recorded by Tim McGraw, Brantley Gilbert, Jerrod Niemann, and more.

For more information on Halfway to Hazard, visit halfwaytohazard.com.