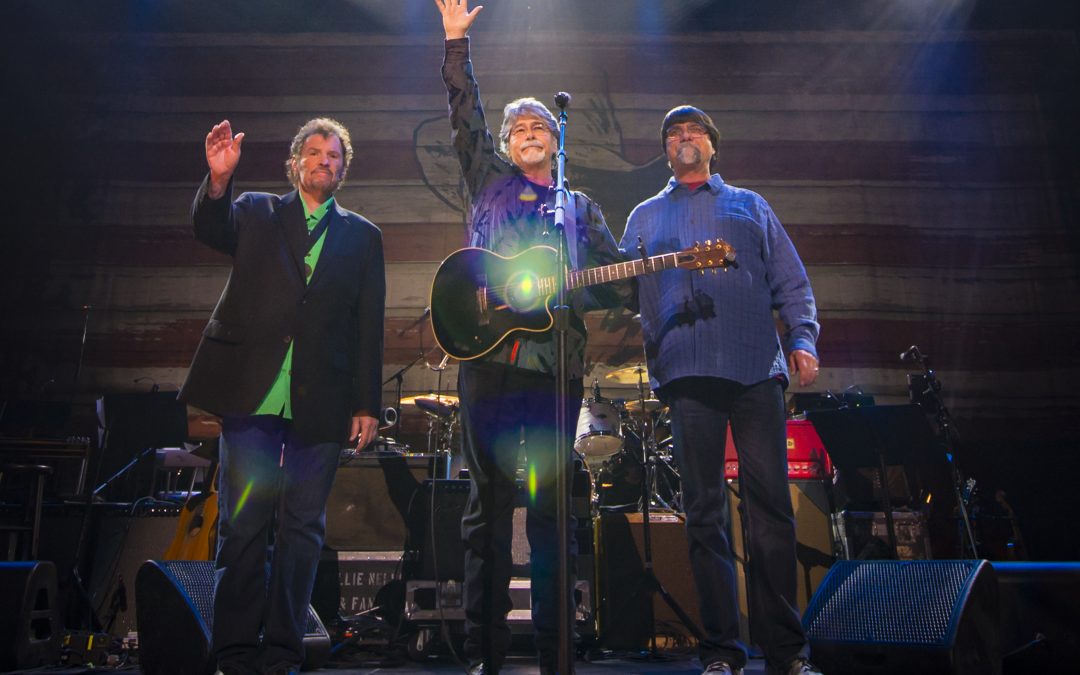 “One of the most humbling things about this tour is that we are going all over North America playing some of our favorite arenas, cities and festivals with huge crowds showing up at our shows,” notes lead singer/rhythm guitarist Randy Owen.

Owen says the band is drawing three generations of fans to their concerts and touring in many cities they haven’t played in nearly 20 years.  “Teddy, Jeff and I thank God every day when we walk on stage and share our songs and voices that He blessed us with,” he says.

“We are very fortunate to have made many friends over the last 50 years,” adds bass player/vocalist Teddy Gentry. “On this tour, we decided to ask some of them to come along and play with us. We have the best of the best. It’s a lot of fun to hang out and watch our special guests every night.”

“Randy, Teddy and I have been overwhelmed by the support the fans have given us and especially me since my Parkinson’s diagnosis,” says lead guitarist/vocalist Jeff Cook. “The only reason for this is because we want our music to live on, and we love our fans. Thank you so much.”

In 1969, a trio of young musical cousins from Fort Payne, Alabama journeyed to Myrtle Beach, South Carolina to play their music at a bar called The Bowery. It took Cook, Gentry and Owen several years of word-of-mouth and tip jars to earn the major label deal of which they’d been dreaming.

ALABAMA would go on to change the face of country music. Winning more than 200 industry awards, the Country Music Hall of Fame band is the most celebrated group in country music history.  Tickets for newly-announced ALABAMA “50th Anniversary Tour” concert dates are on-sale now.

For tour information in your market, visit thealabamaband.com.