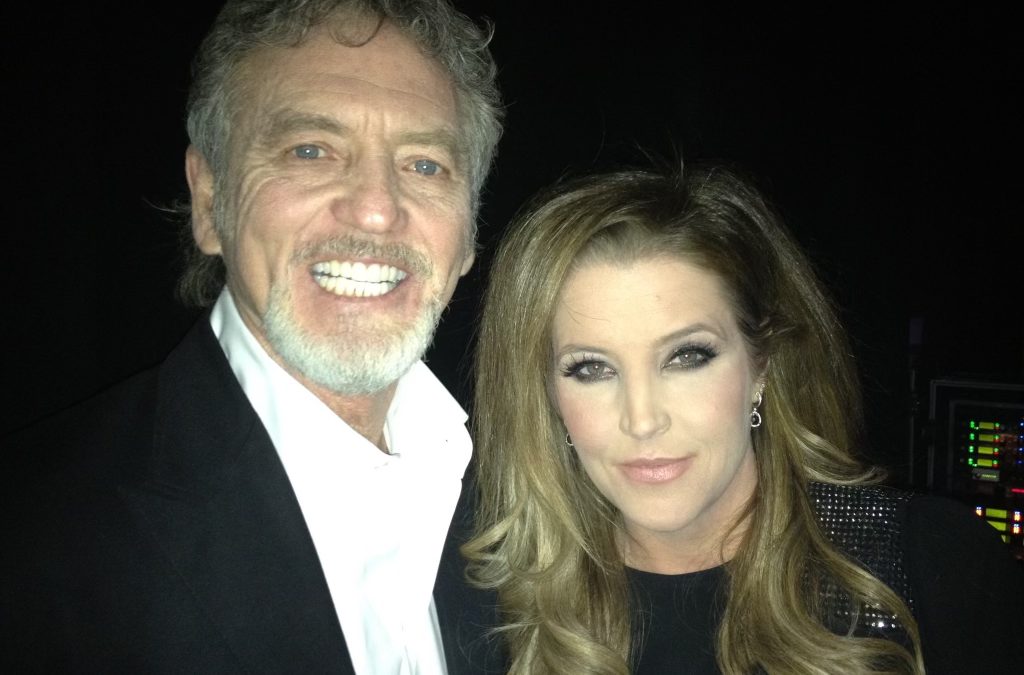 Nashville, Tenn. (January 14, 2023) — Since the passing of Lisa Marie Presley earlier this week, country legend Larry Gatlin made several national television appearances remembering the only child of the late Elvis Presley. Over the past few days, Gatlin appeared on Fox News programs The Ingraham Angle, Fox & Friends and The Story with Martha MacCallum, paying tribute to the daughter of “The King.”

“She had to almost will herself to be what everybody wanted her to be, which was a cross between Elvis and Priscilla, her mom and pop,” Gatlin told FoxNews.com. “Hard to hammer out your own identity when everyone wants you to be something/someone else. Rest in peace, sweet girl. Larry G, aka your diaper changing babysitter, from long ago.”

Gatlin met “The King” early in his career when he auditioned to be a singer in The Imperials, Elvis’ backup band during his Las Vegas residency. Elvis later recorded and released two of Gatlin’s songs, “Help Me” and “Bitter They Are, Harder They Fall.”

Lisa Marie Presley passed on Thursday. She was 54.

About Larry Gatlin
The close family harmonies of Larry, Steve & Rudy: The Gatlin Brothers have given the trio a signature sound that led to country classics like “All the Gold in California” and “Houston (Means I’m One Day Closer to You).” The brothers won a GRAMMY® for their 1976 breakthrough hit, “Broken Lady,” and reached #1 with several other songs soon thereafter. Along with five career nominations for the ACM Vocal Group, the Gatlin Brothers picked up three 1979 trophies: Single of the Year (“All the Gold in California”), Album of the Year (Straight Ahead) and Male Vocalist of the Year for Larry Gatlin. The brothers were also nominated for multiple CMA Awards including Vocal Group of the Year, Single of the Year, and Entertainer of the Year. Larry Gatlin has written songs recorded by Elvis Presley, Glen Campbell, Barbra Streisand, Johnny Cash, Kris Kristofferson, Dottie West, Roy Orbison, Barry Gibb and countless gospel artists including the Gaither Vocal Band, the Booth Brothers, the Isaacs and many more. Larry was formally inducted into the prestigious Nashville Songwriters Hall of Fame in the fall of 2019.