In Case You Missed It: On Fox & Friends, Charlie Daniels Talks Aiding Vets During COVID-19 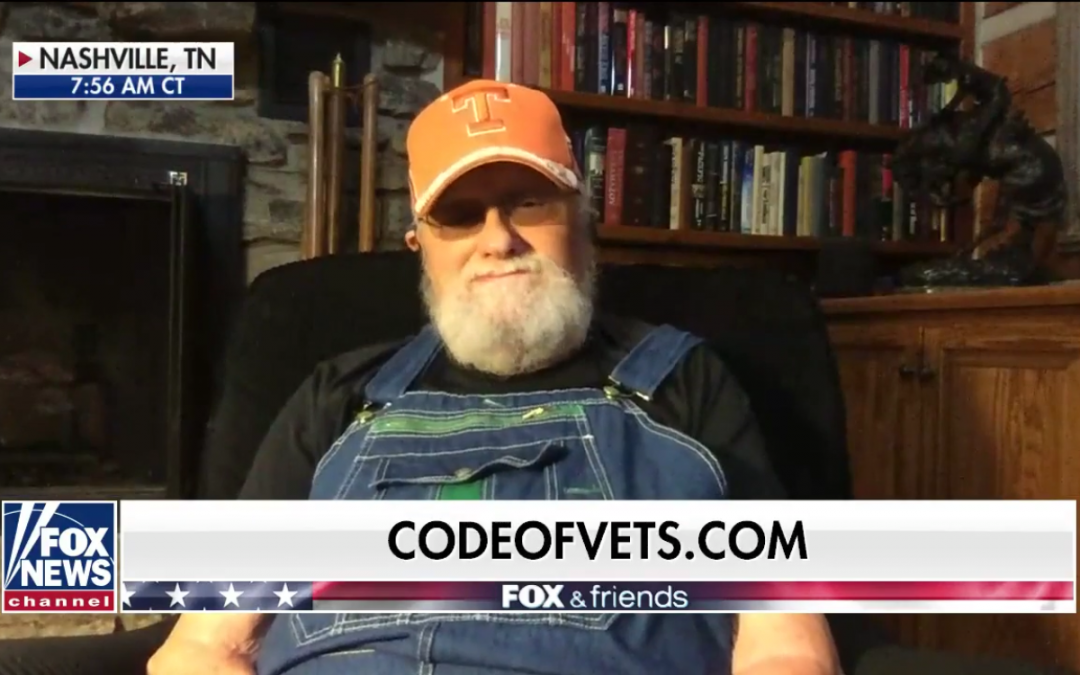 Nashville, Tenn. (April 25, 2020) — On this morning’s edition of Fox & Friends on the Fox News Channel, country and southern rock icon Charlie Daniels appeared live to inform Americans how they can help veterans during the COVID-19 pandemic. Watch the segment HERE.

Daniels and his veterans non-profit The Journey Home Project (TJHP) have joined forces with another non-profit group, Code of Vets, to aid former U.S. servicemen and women who are suffering amid the pandemic. Their collective mission is a call to action to seek public donations for vets suffering from economic hardships as well as those who have contracted the virus.

The legendary singer is urging the public to donate to Code of Vets and TJHP during this trying time for our nation’s military heroes. Donations can be made at codeofvets.com and thejourneyhomeproject.org.

The Journey Home Project is a not-for profit organization that assists other not-for-profits in securing funds to help causes that benefit veterans of the United States Armed Forces. TJHP was founded in 2014 by country music legend Charlie Daniels and his manager, David Corlew. In 2018, Major General Terry “Max” Haston (retired) joined TJHP as the non-profit’s newest board member. Conscious of the need to assist our nation’s veterans, they have set out to partner with organizations that do the most good, with the least overhead. Working in tandem with these organizations, TJHP is making a difference in the lives of American patriots.  For more information, visit thejourneyhomeproject.org.

About Code of Vets

Code of Vets was founded by Air Force Veteran, Gretchen Smith. It is a 501c3 and exclusively uses social media to raise awareness for veterans in distress. With more than 200,000 followers just on Twitter (they have a following on Facebook as well), last year alone, Code of Vets raised over $790,000 to help hundreds veterans with suicide prevention, housing, food, clothing, medical and transportation just to name a few — with only 1% operating costs — nearly every penny that came in went right back out to veterans. Veterans receive near immediate care/assistance upon request because of their unique platform. Code of Vets has caught the attention of celebrities and public figures alike including Sean Hannity, Bill O’Reilly, Sidney Powell, Larry The Cable Guy, Oak Ridge Boys, Scott Baio, Herschell Walker and even Charlie Daniels who they have an on-going partnership with. The inspiration for Code of Vets came from Sgt. Danny E. Smiley, Gretchen’s dad and Airborne Angel. He was a Bronze Star Medal recipient, a 100 percent disabled Vietnam Veteran – exposed to agent orange. He lost his battle with PTSD at age 57.