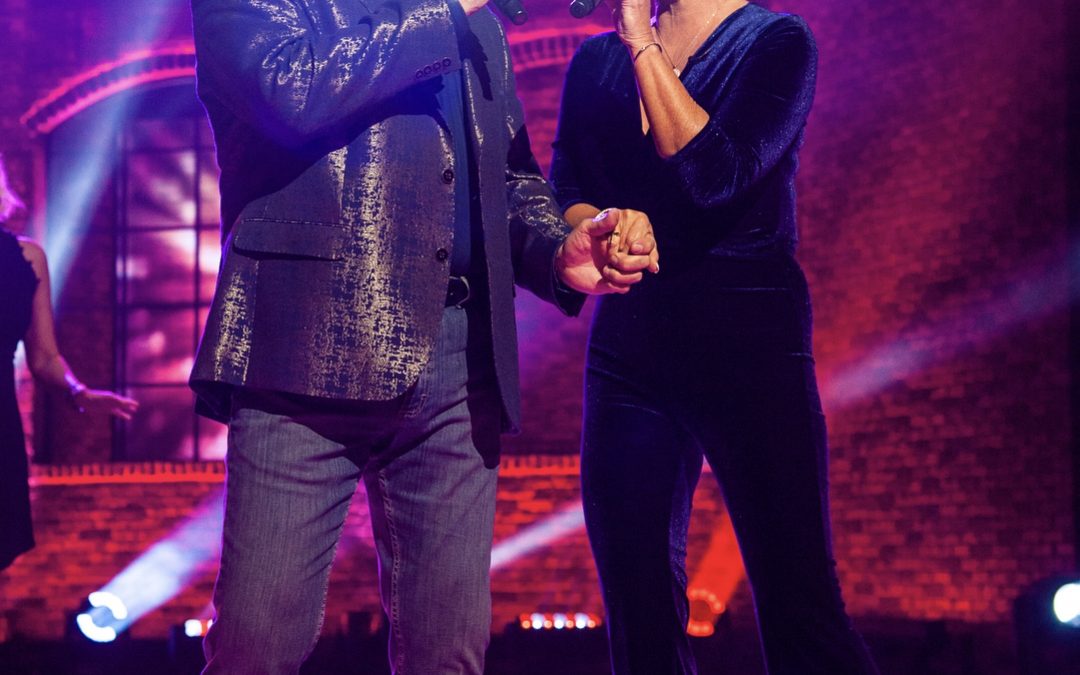 Sheppard and Lang performed two duets including “Islands in the Stream,” which can be found on their Iconic Duets album, as well as “I Love You More Today Than Yesterday.”

The couple also sat down with the former Arkansas Governor to talk about their to-be-announced TV show, Look Who’s Coming to Dinner, Lang’s battle with cancer, and their upcoming concert at The Guest House at Graceland on Saturday, August 18 at 3:00 pm/CT.

Watch “Islands in the Stream” plus their interview here: https://youtu.be/BI34zUGjtts

Watch “I Love You More Than Yesterday” here: https://youtu.be/x_Nac5Lcy_s

Lang was also revealed as the crazy audience member XOXO, who jumped up out of her seat to sing and talk with the Governor on stage, before being forcefully removed by security a few weeks ago. Lang’s outrageous alter-ego was created as an outlet for her during her battle with cancer that has since snowballed into an opening act for Sheppard, Lorrie Morgan, Killer Beaz, Reno Collier, Leanne Morgan, and more. Watch Lang transform into XOXO here: https://www.youtube.com/watch?v=IQjhNXluVwk

Kelly Lang spent most of her childhood and youth growing up in the music business as the daughter of Conway Twitty’s road manager. She has performed on Star Search, Nashville Now, Music City Tonight, and the stage of the Grand Ole Opry. In addition, she has shared the stage many times with music icon, Barry Gibb. Over the past few years, she has recorded two critically-acclaimed albums of classic love songs. One of those albums, Throwback, includes collaborations with Olivia Newton-John, Lee Greenwood and Paul Shaffer. Obsession, her most recent album, is available for purchase now at kellylang.net. Lang is married to country music legend TG Sheppard.

***Suggested Tweet*** In case you missed it: @TGSheppardmusic and @kellylangmusic perform classic duets on @HuckabeeOnTBN!