In Remembrance of 9/11, Darryl Worley Set to Appear on Fox & Friends, The Bobby Bones Show, CMT and More 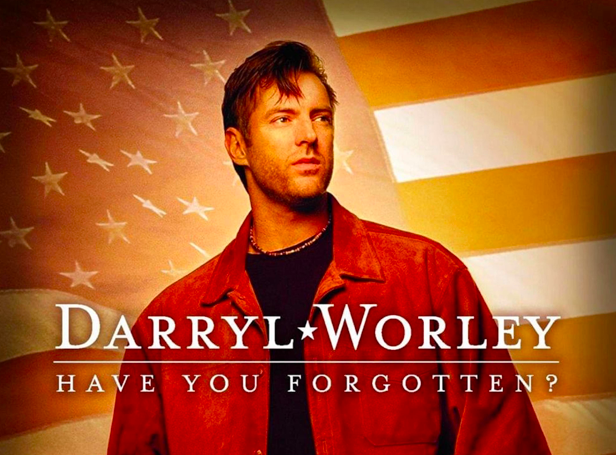 Nashville, Tenn. (Sept. 9, 2021)  — Twenty years after 9/11, country music hitmaker Darryl Worley‘s “Have You Forgotten?” continues to resonate with fans across the nation. This week, Worley will visit with various media outlets to talk about the No. 1 hit song and why he believes it still appeals to so many today.

Two years after the events of 9/11, “Have You Forgotten?” changed the entire trajectory of Worley’s future. Upon its release, the song shot to the top of the Billboard Hot Country Songs chart and held its position for seven weeks.

Worley and songwriter Wynn Varble penned the tune in about 90 minutes.

“I knew immediately that this was no accident,” Worley tells People.com. “This song was ordained. It’s funny how it has changed the course of my life.” Read the full story here.

To honor the Unites States military and our nation’s veterans, Worley will drop two new songs tomorrow, Friday, Sept. 10: “She’s Everything to Me,” a song about the importance of America, as well as a newly-recorded acoustic version of “Have You Forgotten?” Both songs will be available for listening on all streaming/music download platforms.

Circle TV: “Songs from September: The Music That Healed A Nation”
Saturday, Sept 11 at 6 p.m. / ET

About Darryl Worley
There are many things platinum-selling Darryl Worley has come to know in his 20+ year country music career. One of those things is how to recognize a hit song— Worley has scored nearly 20 hit singles and three chart-toppers with the self-penned “Awful, Beautiful Life,” the patriotic “Have You Forgotten?” and “I Miss My Friend.” He also recognizes the importance of giving back as seen through his work with The Darryl Worley Foundation, annual charity events and supporting the United States military, as well as our nation’s veterans.