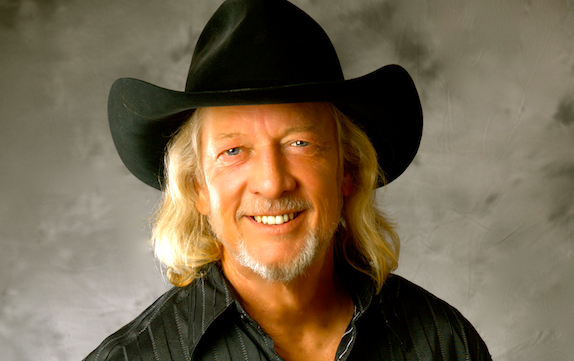 Nashville, Tenn. (January 25, 2019) — Artifacts from the career of country music legend John Anderson will be included in the newly-announced American Currents: The Music of 2018 exhibit at the Country Music Hall of Fame® and Museum in Nashville.

The upcoming exhibit carefully examines the previous year in country music, defined broadly to include country-related styles such as Americana and bluegrass music, and offers rich detail about the noteworthy figures and events in country music’s recent past.

American Currents: The Music of 2018 opens to the public on Friday, March 8, 2019, and runs through February 8, 2020. For more information, visit countrymusichalloffame.org.

Multi-platinum selling John Anderson has one of the most instantly recognizable voices in country music. Over the course of his 35-year career, Anderson has charted more than 60 singles on the country music charts, including 20 Top 10 hits, and six #1 hits: “Swingin,'” “Seminole Wind,” “Black Sheep,” “Wild and Blue,” “Straight Tequila Night,” and “Money in the Bank.” Anderson has been the recipient of the CMA (Country Music Association) “Horizon Award” (1983), the CMA “Single of the Year Award” (“Swingin'” – 1983), the CMA “Album of the Year Award” (Common Thread: The Songs of the Eagles – 1994), and the ACM (Academy of Country Music) “Career Achievement Award” (1993). In 2014, he was inducted into the prestigious Nashville Songwriters Hall of Fame.

***Suggested Tweet*** @JohnAnderson to be featured in upcoming ‘American Currents’ exhibit at the @countrymusichof!