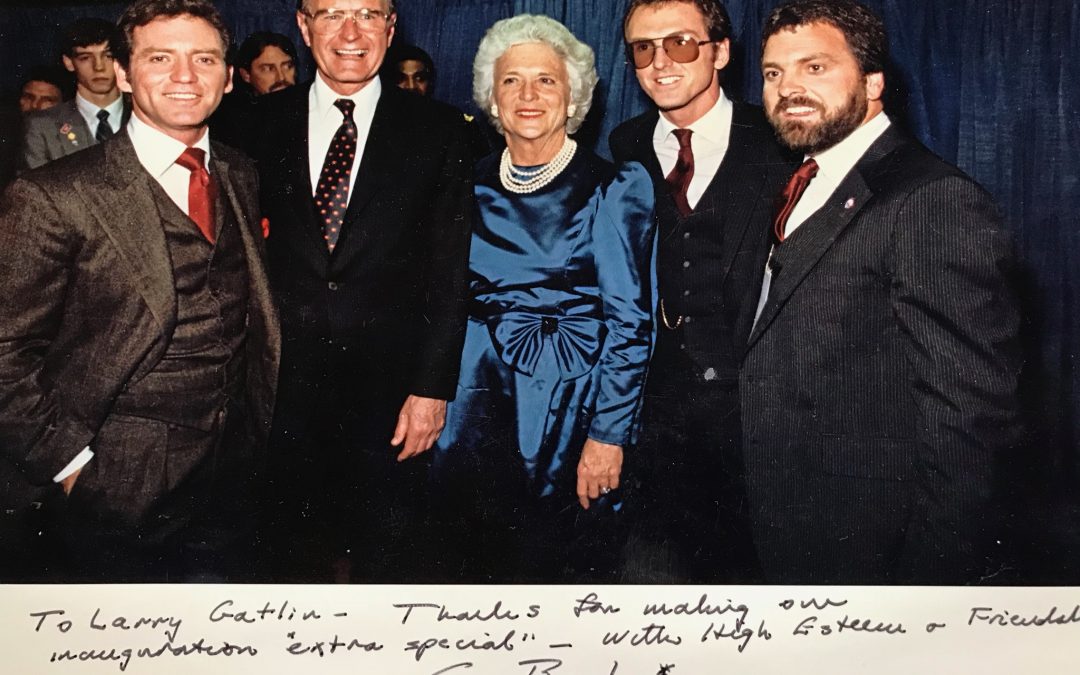 “I first met president George H.W. Bush in 1964 when Steve, Rudy and I sang for his congressional run. He lost. Later when he became vice-president, I walked up to him in the White House to say hello. He stuck out his hand and said, ‘Hey Larry Gatlin… you’re one of those little snotty nose kids who sang for my campaign in Odessa in 1964.’ I said, ‘Yessir, I am.’ He said, ‘It worked out better this time. We won!’ Rest in peace, old friend.” -Larry Gatlin

The Gatlin Brothers became close friends of the former president, performing on his behalf on the campaign trail, at his inauguration in 1989, and multiple times at the White House and the historic Ford Theatre in Washington D.C.

The close family harmonies of Larry, Steve & Rudy: The Gatlin Brothers have given the trio a signature sound that led to country classics like “All The Gold In California” and “Houston (Means I’m One Day Closer To You).” The brothers won a GRAMMY® for their 1976 breakthrough hit, “Broken Lady,” and reached #1 with several other songs soon thereafter. Along with five career nominations for the ACM Vocal Group, the Gatlin Brothers picked up three 1979 trophies: Single of the Year (“All The Gold In California”), Album of the Year (Straight Ahead) and Male Vocalist of the Year for Larry Gatlin. The brothers were also nominated for multiple CMA Awards including Vocal Group of the Year, Single of the Year, and Entertainer of the Year. Larry Gatlin has written songs recorded by Elvis Presley, Glen Campbell, Barbra Streisand, Johnny Cash, Kris Kristofferson, Dottie West, Roy Orbison, Barry Gibb and countless Gospel artists including the Gaither Vocal Band, the Booth Brothers, the Isaacs and many more. After 63 years of music, the brothers continue to perform nearly 100 live concert dates each year.