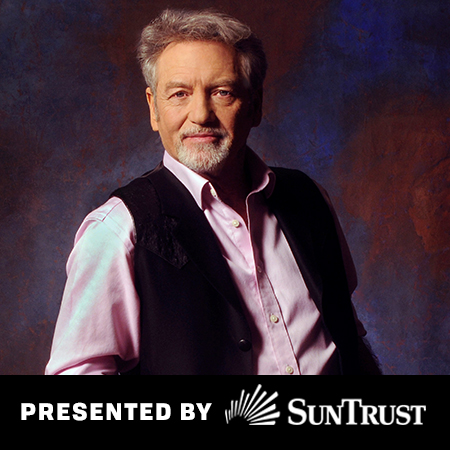 Gatlin to be Spotlighted with Special Songwriter Program Held at Country Music Hall of Fame® and Museum’s Ford Theater this Saturday, September 8

Nashville, Tenn. (September 5, 2018) – Country music legend Larry Gatlin is set to be spotlighted by the Country Music Hall of Fame® and Museum during a special Songwriter Session. Gatlin’s Songwriter Session will be held in the museum’s Ford Theater this Saturday, September 8 at 11:30 AM. During the 45 minute program, Gatlin will perform several of his hit songs and will discuss his 60+ year career as a singer and songwriter.

Immediately following the program, items purchased in the museum store will be available for Gatlin to autograph. PROGRAM ADMISSION: Free with museum admission or museum membership. For more information on obtaining a program pass or members-only advance reservation, click the following link: https://countrymusichalloffame.org/calendar/event/songwriter-session-lar…

The close family harmonies of Larry Gatlin & the Gatlin Brothers have given the trio a signature sound that led to country classics like “All The Gold In California” and “Houston (Means I’m One Day Closer To You).” The brothers won a GRAMMY® for their 1976 breakthrough hit, “Broken Lady,” and reached #1 with several other songs soon thereafter. Along with five career nominations for the ACM Vocal Group, the Gatlin Brothers picked up three 1979 trophies: Single of the Year (“All The Gold In California”), Album of the Year (Straight Ahead) and Male Vocalist of the Year for Larry Gatlin. The brothers were also nominated for multiple CMA Awards including Vocal Group of the Year, Single of the Year, and Entertainer of the Year. Larry Gatlin has written songs recorded by Elvis Presley, Glen Campbell, Barbra Streisand, Johnny Cash, Kris Kristofferson, Dottie West, Roy Orbison, Barry Gibb and countless Gospel artists including the Gaither Vocal Band, the Booth Brothers, the Isaacs and many more. After 63 years of music, the brothers continue to perform nearly 100 live concert dates each year.

About the Country Music Hall of Fame® and Museum

The Country Music Hall of Fame® and Museum collects, preserves, and interprets country music and its history for the education and entertainment of diverse audiences. In exhibits, publications, and educational programs, the museum explores the cultural importance and enduring beauty of the art form. The museum is operated by the Country Music Foundation, a not-for-profit 501 (c)(3) educational organization chartered by the state of Tennessee in 1964. The museum is accredited by the American Alliance of Museums, and for the last three years in a row has welcomed over one million patrons each year, placing it among the most visited history museums in the U.S. The Country Music Foundation operates Historic RCA Studio B™, Hatch Show Print® poster shop, CMF Records, the Frist Library and Archive, and CMF Press. Museum programs are supported by Metropolitan Nashville Arts Commission, Tennessee Arts Commission, and the National Endowment for the Arts.

More information about the Country Music Hall of Fame® and Museum is available at countrymusichalloffame.org or by calling (615) 416-2001.