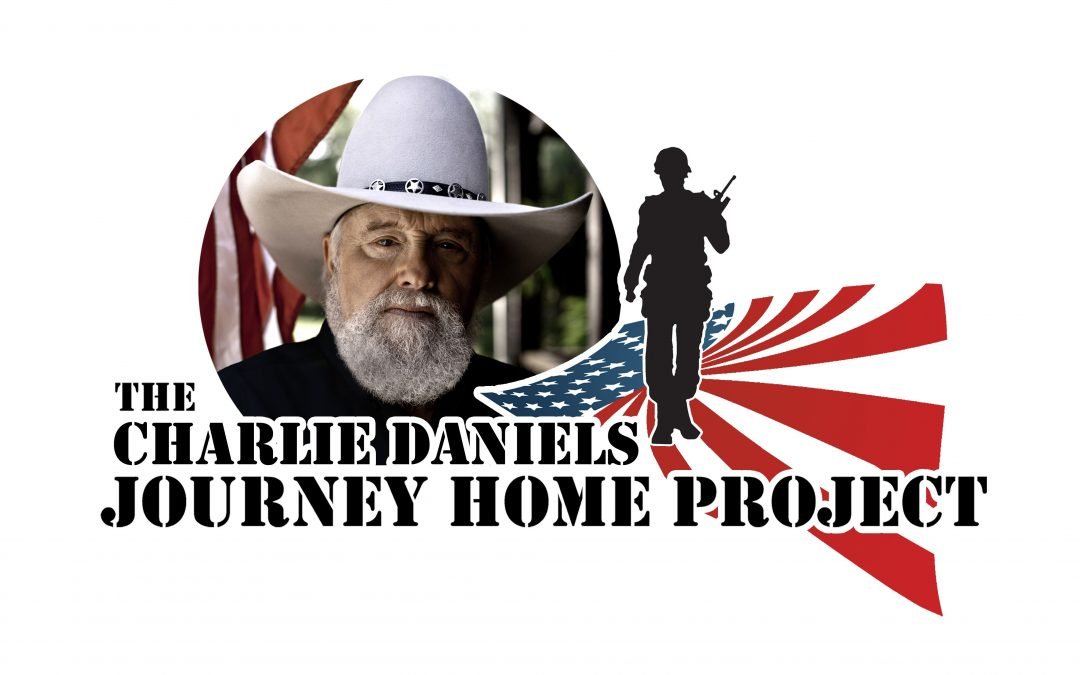 “Even though Charlie has passed, we will continue his legacy and stay on mission,” explains Corlew. “As we all know, the men and women that have and continue to serve our country were so important to him. Our goals are to always support the Charlie and Hazel Daniels Center at MTSU (Middle Tennessee State University), as well as our suicide prevention programs and the process of reintegrating and transitioning these great Americans back to a productive and rewarding life.”

Daniels’ wife of 55 years, Hazel Daniels, has joined TCDJHP as its newest board member.

Charlie Daniels Jr., son of the late Grand Ole Opry member, believes his father’s veterans organization is headed in the right direction. “I know dad felt it was a privilege to help give back to our brave heroes as they return to civilian life, and there is no one who knew his passion for serving veterans more than my mom,” he explains. “I know that mom will carry on his passion, and I’m sure he’s smiling from up above to know that TJHP will continue on and will be in great hands.”

Last month at the 11th Annual “A Life Worth Celebrating” dinner banquet held in Murfreesboro, Tennessee, TCDJHP donated $10,000 to the A Soldier’s Child Foundation. Country star Trace Adkins, a close friend to Daniels, was on-hand to perform and assisted with the check presentation. The donation benefits children of veterans, allowing them to receive birthday gifts and scholarships to the A Soldier’s Child Foundation’s week-long Journey Camp.

When COVID-19 restrictions ease, TCDJHP plans to continue with its yearly events including the “Charlie Daniels Patriot Award Dinner,” normally held in the fall at Nashville’s Palm Restaurant. TCDJHP is also planning for an upcoming songwriting collaboration/partnership with Tennessee-based Operation Song and Texas-based Warriors Heart. Both organizations are dedicated to the well-being of U.S. military vets.

The Charlie Daniels Journey Home Project (TCDJHP) is a not-for profit organization that assists other not-for-profits in securing funds to help causes that benefit veterans of the United States Armed Forces. The organization was co-founded in 2014 by the late country music legend Charlie Daniels and his manager, David Corlew. Board members include Corlew, Major General Terry “Max” Haston (retired) and most recently in 2020, Hazel Daniels. Conscious of the need to assist our nation’s veterans, TCDJHP partners with organizations that do the most good, with the least overhead. Working in tandem with these organizations, TCDJHP is making a difference in the lives of American patriots.

From his Dove Award-winning gospel albums to his genre-defining southern rock anthems and his CMA Award-winning country hits, few artists have left a more indelible mark on America’s musical landscape than the late Charlie Daniels. An outspoken patriot, beloved mentor, and a true road warrior, Daniels parlayed his passion for music into a multi-platinum career and a platform to support the military, underprivileged children, and others in need. The Charlie Daniels Band has long populated radio with memorable hits and his signature song, “The Devil Went Down to Georgia.” Over the course of his career, Daniels received numerous accolades, including his induction into the Country Music Hall of Fame, the Musicians Hall of Fame and becoming a member of the Grand Ole Opry. Daniels helped to shine the spotlight on the many causes that were close to his heart. He was a staunch supporter of the military and gave his time and talent to numerous charitable organizations, including The Journey Home Project, that he founded in 2014 with his manager, David Corlew, to help veterans of the United States Armed Forces. Daniels passed away on July 6, 2020.