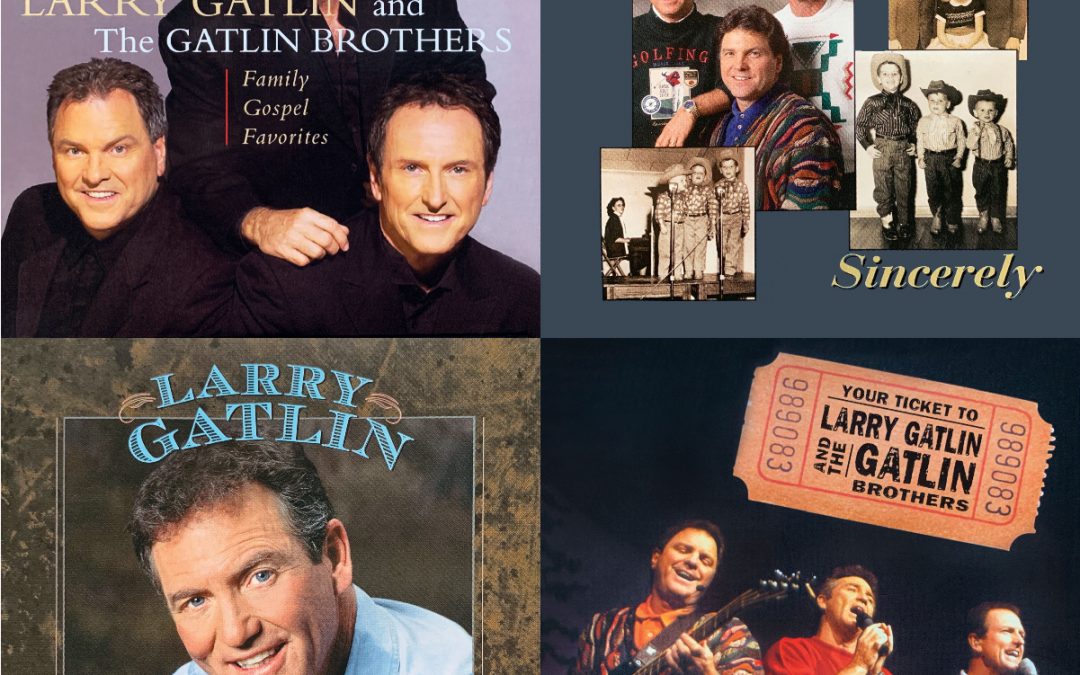 Nashville, Tenn. (April 28, 2020) — GRAMMY® Award-winning Larry, Steve & Rudy: The Gatlin Brothers are spotlighting some of their most powerful recordings by joining forces with Time Life®. The legendary trio has generated an expansive collection of albums and iconic hits during their 65-year storied career. Many of the recordings which were previously unavailable on digital platforms have been released through a new recording and distribution agreement with Time Life®.

“Brother Steve, Brother Rudy and I love to sing our music for you folks. We’ve been singing together for 65 years and it never gets old,” says Larry Gatlin. “As long as you will keep listenin,’ we’ll keep singin.’ We hope you like the songs in this collection. Keep the faith.”

“It’s an honor to be working with Larry, Steve and Rudy and to bring these recordings to their fans,” notes Mike Jason, Time Life®’s Senior VP, Time Entertainment. “We’re excited to deliver more of their music to the world.”

The newly-released digital material includes many of the trio’s hit songs including “All the Gold in California,” “Houston (Means I’m One Day Closer to You,” “I Don’t Wanna Cry,” “Night Time Magic,” as well as classic gospel tunes such as “Amazing Grace,” “Rock of Ages,” “It Is Well With My Soul,” and “I’ll Fly Away.”

Time Life® is planning to release additional material from the Gatlins in the coming months.

Your Ticket to Larry Gatlin and the Gatlin Brothers: https://smarturl.it/cw0es9

Larry Gatlin – In My Life: https://smarturl.it/snwcl6