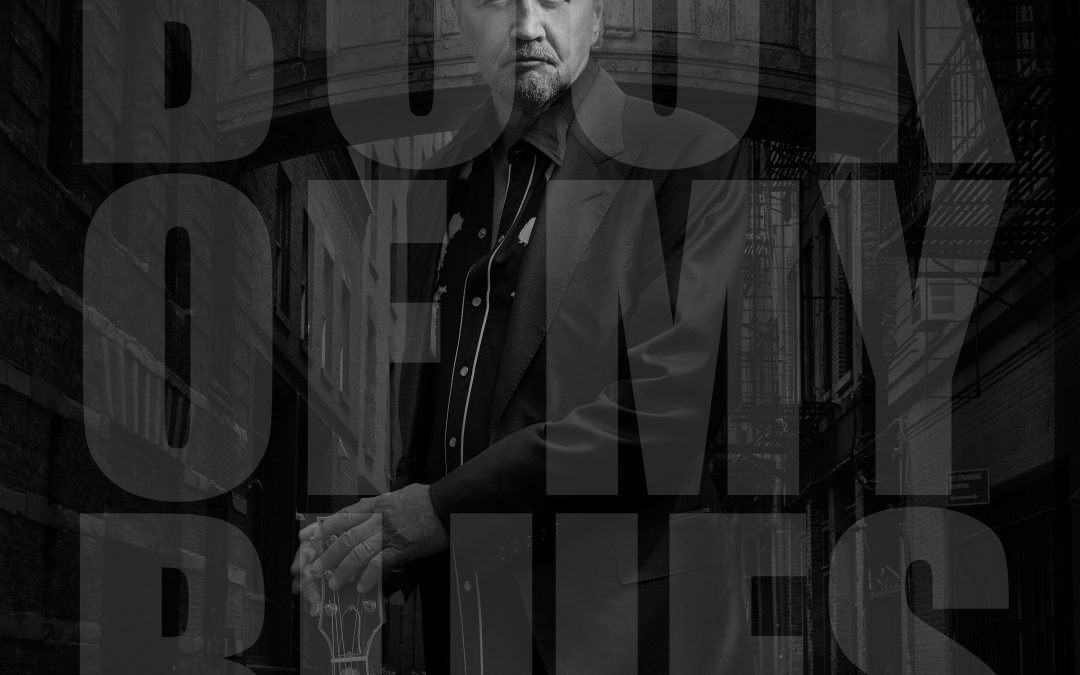 The themes in Book of My Blues – love, lust, betrayal, addiction, recovery, damnation, redemption – are derived from the graphic novel Rockabilly Hitman, a long-gestating collaboration between Collie and renowned film director Jonathan Hensleigh (The Punisher, Die Hard with a Vengeance, Armageddon and the soon-to-be-released Ice Road starring Liam Neeson). The novel depicts the exploits of rockabilly singer Jesse Wayne Hardin, who by night is an avenger of evil, as he travels the hard backroads from Muscle Shoals to Memphis, from the Mississippi Delta to Music City.

“There are a lot of ways to describe the music, maybe Roadhouse Rock, Southern Gothic, Americana, Country, but at its core, it’s a reflection of me and many others who came before me,” explains Collie.

The respected country music historian/journalist hailed “The Son of a Gun” as “dramatic and forceful.” While on “Born Ready,” Oermann writes, “That Waylon/outlaw beat gets me every time. And it fits this renegade/rebel song perfectly. Welcome back, buddy. We’ve missed ya.”

Collie is set to release the album’s third single, “Book of My Blues,” on May 14.

Pre-order Book of My Blueshere.

About Mark Collie
Mark Collie is one country music’s most enduring singer, songwriter, and actors. In addition to multiple Top 10 country hits, his songs have been recorded by some of country music’s most iconic recording artists including Tim McGraw, Garth Brooks, Billy Ray Cyrus, Martina McBride, George Jones and ALABAMA. His film and TV roles include The Punisher with Thomas Jane and John Travolta, Fire Down Below with Stephen Seagal, Walker Texas Ranger and the TV series Nashville, to name a few. Collie has actively raised money and awareness for diabetes research. A recipient of the American Spirit Award, Collie is a strong supporter of our men and women in uniform having performed for troops around the world. He believes in second chances, alongside his wife Tammy, they are committed to working with incarcerated men and women teaching and helping them find their voice through music expression programs designed to help prepare them for successful re-entry.

For more information about Mark Collie and Book of My Blues, visit markcollie.com.