Moe Bandy Reveals New Album, A Love Like That, Produced by the Late Jimmy Capps 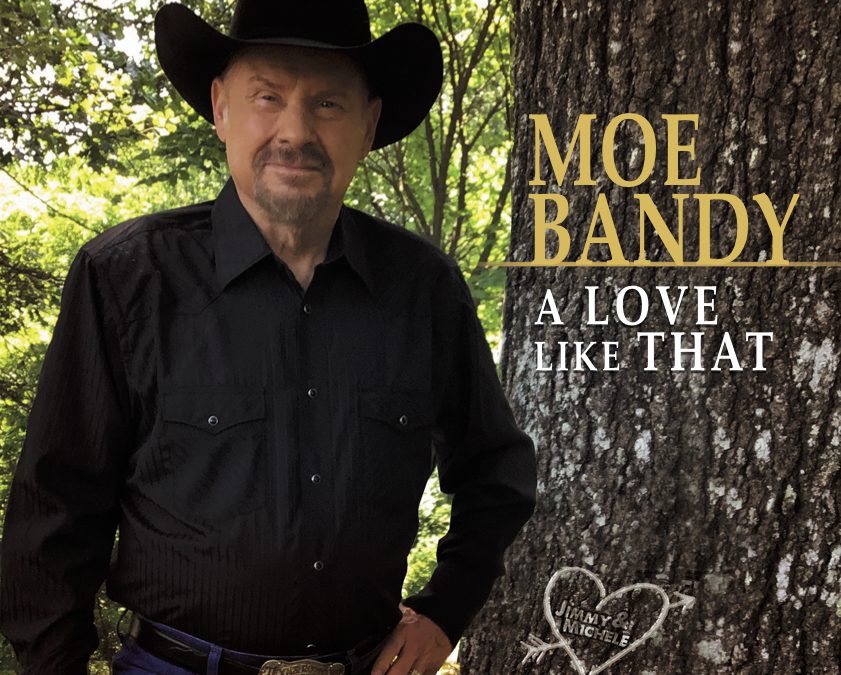 “A Love Like That is one of the most enjoyable albums I’ve ever cut,” says Bandy. “We really worked hard to choose the right songs for this record, and I think we did just that. I’m excited for this new album to drop and to get back on the road again, bringing the new music to the fans.”

“When I recorded this new CD, I never would of dreamed that this would be the last completed project that Jimmy Capps would produce and play on,” Bandy shares. “What a great friend and genius in the recording studio. We lost Jimmy shortly after we finished this CD. He will be missed by many people. What a huge loss in the music industry.”

“Jimmy was so proud of this album he produced for Moe Bandy,” explains Michele Capps, Jimmy Capps’ wife. “He loved Moe, and they were true friends. Jimmy had searched and found some great songs, along with Moe. We felt like this collection of songs just suited Moe perfectly, and Moe sang his heart out on them.”

Capps’ widow says on the new collection of songs, her husband and Bandy gave it their all.

“We felt like Moe was singing better than ever and singing straight from his heart,” she explains. “Jimmy played from his heart, and you can feel him in every song. They both poured their souls into every one. The musicians all felt it, and they played so good. Curtis Young and myself sang the background vocals, also Ben Isaacs sang bass on ‘Shoulda  Been Singing Rock Of Ages,’ and it was such a pleasure and an honor to be part of this, Jimmy’s last completed album. It was lovingly recorded and mixed by our son, Grammy winner Mark Capps.”

A Love Like That features tunes from many prominent Nashville songwriters including Bill Anderson (“City Lights“) Jeannie Seely, (“Life of a Rodeo Cowboy“), Eddy Raven (“The Last of the Sunshine Cowboys“) and Bobby Tomberlin (co-writer credits on “A Love Like That,” “Heartache Doesn’t Have a Closin Time,” “You Can’t Go Home,” and “What If“).

Upon its release, Bandy’s new album will be available to purchase at moebandy.com and will stream online via Apple and Amazon Music.

“I hope when you hear it, you will feel the way we do, the way Jimmy did, and that you have ‘A Love Like That’ the way we always will,” adds Michele. “Forever.”

A Love Like That is sponsored by Springer Mountain Farms.

1. Tonight Was Made For the Two of Us (Tom Botkin, Tony Stampley)

2. A Love Like That (Bobby Tomberlin, Mo Pitney, Bill Anderson)

3. The Last of the Sunshine Cowboys (Eddy Raven)

11. What If (Bobby Tomberlin, Bill Anderson)

*Digital review copies of A Love Like That available upon request

Moe Bandy’s country music accomplishments are many, including ten No. 1 hit songs, many Top Ten hits, five Gold records and numerous ACM and CMA Awards. He started his recording career while he was a sheet metal worker in San Antonio, Texas, but after a decade of hard labor, Bandy traded his sheet metal for Gold albums. In the mid-seventies when the country pop Kenny Rogers, John Denver and the outlaw sound of Waylon and Willie was all the rage, along came the traditionalist Moe Bandy.