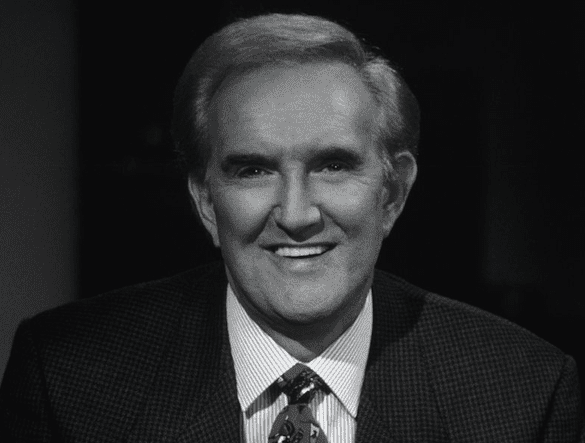 “I was very saddened to hear of Ralph Emery’s passing. He did more to promote country music than anyone I know. First of all, his late night radio show on WSM was heard from coast-to-coast and border-to-border, but his ‘Nashville Now’ television show on TNN was the biggest boost country music ever had. People were buying satellite dishes all across North America just so they could watch Ralph’s TV show. All of us wanted to be on his show, and if you were lucky enough to be asked to host the show, which I did quite a few times, that was a big deal. He was my friend, he loved my family, and we all loved him. Gone but never forgotten. Thanks Ralph.” -Ricky Skaggs

“One of the great men in the Nashville music business has passed away. Rest in peace, Ralph Emery. My good friend!” -Ray Stevens

“My old friend, and he was a friend, Ralph Emery, was a real piece of work, as we’d say in Texas. Not long after I left Texas and hit Nashville, Ralph took Dottie West’s advice / hint / order to put this upstart Gatlin boy on his TV show. Well, old Ralph did just that and that Gatlin boy’s life was forever changed. A couple of days ago, Ralph found out just how much he meant to me and a jillion other upstarts like me. Thanks Ralph. See ya when I do. And my condolences to you, Joy. You were and still are the ‘JOY’ of Ralph’s life. Keep the faith.”
-Larry Gatlin

“The ‘Dean of Country Music Broadcasters,’ the ‘Johnny Carson of Cable.’ These aren’t accolades folks bestow on someone lightly. He helped introduce a whole galaxy of country artists to the world, myself included, and I will be forever grateful. His contribution to Nashville and beyond is nothing less than country music history. So very saddened to hear the news, but what a life, Ralph Emery. We can all just consider that for a respectful moment.”
-Pam Tillis

“Ralph Emery, in my opinion, should never be overlooked as playing a major part of the mid-’80s and ’90s country music. He broke and placed many artists and put them on the road to stardom. We were fortunately one of those acts. If Ralph Emery was for you, the country music fans were as well. For that we are ever grateful. The nights at TNN’s ‘Nashville Now’ were always an honor. Rest in peace.” -Marty Raybon, Shenandoah

“Ralph Emery was already a radio and television icon when I first moved to Nashville. His wealth of knowledge, wisdom and great love for country music was immeasurable! I loved Ralph. He was the real deal! A perfect gentleman and the ultimate pro. It was so much fun and such a pleasure just to be in his presence and always an honor to appear on his radio and TV shows. It was an even greater honor to call him my friend.” -Deborah Allen

“I think Mr. Emery was a national treasure and I was so blown away when I met him. He made country music history.” –Darryl Worley

“Ralph Emery was a walking encyclopedia of country music. He always seemed to be interested in the artist more than the celebrity and asked insightful questions. Our time together usually resulted in me asking him more questions than he would ask me. He will surely be missed.” -Billy Dean

“So sad to hear of Ralph Emery’s passing. I always looked forward to being interviewed by him. He was a legend and will be truly missed.” -Aaron Tippin

“When I met Ralph in 1991, we instantly became friends. Thank you for being a part of my career. Gonna miss you, my friend! God bless you and RIP. -Sammy Kershaw

“Ralph loved country music and helped orchestrate its incredible growth in popularity as an on-air country radio personality on WSM, the host of the popular ’70s TV show, ‘Pop! Goes the Country,’ and then on to the incredible popularity of his TNN musical variety show, ‘Nashville Now,’ in the late ’80s and early ’90s. His wealth of knowledge of country music history was widely respected and it was always a highlight to run into Ralph at the Bellevue Kroger. An architect of modern country music has passed and will be greatly missed.”
-Henry Paul, BlackHawk / The Outlaws

“We admired Ralph Emery, the voice and face of country music for the last five decades. He was always a gentleman to us with great respect. We salute a true legend. We will miss you.”
-ALABAMA / Jeff Cook, Teddy Gentry, Randy Owen

“Ralph Emery understood artists as human beings, and if Ralph liked you, chances are you were gonna make it in Nashville. I loved him on WSM, and every TV show he ever had on the air.” -Ronnie Milsap

“Ralph was one of the best friends country music ever had. He loved the music but also brought to life the stories surrounding the singers and the songs through his interviews and TV programs. He really helped take our format into people’s living rooms and broaden the fan base with integrity for the art and humor.” -John Anderson

“We always loved appearing on Ralph’s TV show. One of my favorite memories of him was interviewing Toy Caldwell. He always wanted him to sing ‘This Ole Cowboy.’  The lyrics say, ‘This won’t be the first time this ole cowboy spent the night alone.’ Now, Ralph will never be alone. Today and for eternity. May God bless you!” –Doug Gray, The Marshall Tucker Band

“Sad to hear the news of the passing of country music legend Ralph Emery today. Ralph was kind enough to let Shenandoah play on not only his ‘Nashville Now’ show on TNN but also his early morning show on WSM TV. He was always kind to us and was a big supporter of our career. He was that way with a lot of new country music acts. We are sad to see him go. RIP Ralph. We will miss you.” -Mike McGuire, Shenandoah

“Ralph was like a father to me. When my dad died, he took me under his wing. He was hard on me when he needed to be and very praising of me when he thought I deserved it. He was a great friend and a lover of real artistry of any genre of music. If Ralph approved you, you were in and respected. I will miss my good friend and all the laughs. I love you, Ralph.”
-Lorrie Morgan

“The country music world has suffered a great loss today with the news of Ralph Emery’s passing. No one ever in our history promoted our music and country music artists as faithfully and generously for as long as Ralph. He made a huge difference in my career throughout the ‘90s, as well as every single artist who came on the scene. He truly crossed over country music into television and we all benefited greatly. People trusted Ralph’s opinion. Viewers were drawn to him and comfortable with him. He will remain an icon in our business. And even more importantly, he was a very nice, kind man. There will never be another. I’m quite confident he is with the greats from the past as we speak. He’s laughing and telling road stories. We will miss you, my friend.”  -Collin Raye

“Ralph Emery was, for decades, an encyclopedia of country music and an authentic voice for country music. He will be missed.”  -Leroy Van Dyke

“I am so devastated. He was such a important figure in our music. I am so blessed that I got to be one of his many friends. Rest in peace, my friend.” -Moe Bandy