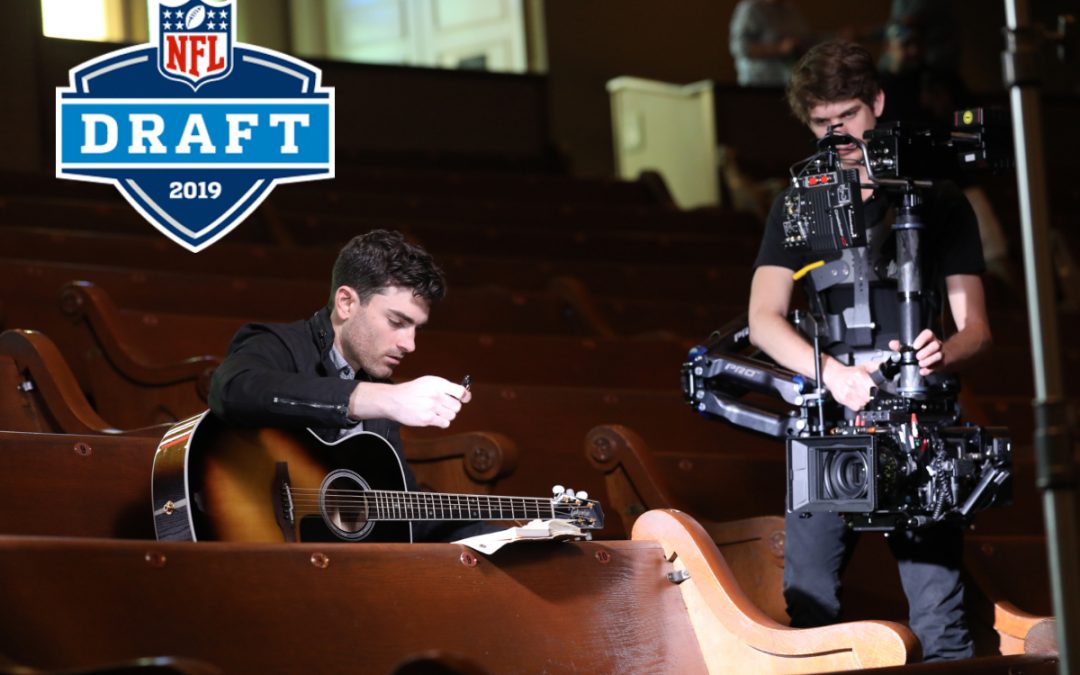 Dolly Parton-Narrated Video Premieres on the NFL Network During this Week’s Draft, Live from Nashville, Tennessee

Watch the Behind the Scenes Video HERE

Nashville, Tenn. (April 23, 2019) — Copperline Music Group artist Cody Webb will be one of two people featured in the opening introduction of this year’s NFL Draft. Taking place Thursday, April 25 through Saturday, April 27 in Nashville, Tennessee, the NFL Draft’s opening video will take fans along for the journey of a NFL prospect being drafted and a country music star making it big in Music City. Webb is that country music artist.

“When my manager called me and told me that I was gonna be the featured artist in the intro to the NFL Draft this year, I seriously thought he was kidding or at least mistaken. I couldn’t think of a cooler first acting gig!” says Webb. “It was incredible to work and hang with the NFL film crew here in Nashville for a few days and shoot scenes in legendary venues like the Ryman, Tootsie’s, Honky Tonk Central, Kid Rock’s bar, and the Country Music Hall of Fame. I can’t wait to attend the draft here in Nashville on April 25th, and I’m excited to see a lot of my fellow Clemson Tigers get drafted! I can’t say thank you enough to the NFL for this amazing opportunity.”

Read more HERE from The Tennessean.

Off to a whirlwind start to 2019, Webb has already released a brand-new single, “Gettin’ Somewhere,” welcomed his first child into the world, and will now be featured during the NFL Draft for millions watching at home to see. Catch Webb on your TV screens every night of the Draft on the NFL Network. Watch the behind the scenes video of Webb’s Draft intro video shoot HERE.

Copperline Music Group’s Cody Webb dropped his brand new single “Gettin’ Somewhere” in March of this year. The singer-songwriter co-wrote the track with Jason Matthews and Mike Mobley. The tune continues to gain traction with national media coverage from Parade.com, The Boot, Apple Music, Spotify, Morning Hangover, CMT Music, CMT.com, Cumulus’ The Ty Bentli Show, Country Rebel and more. A prolific songwriter, Webb’s best known for co-writing “Memories Are Made Of,” alongside Luke Combs and Ray Fulcher on Combs’ multi-platinum selling debut album This One’s For You. Webb has opened for numerous country music heavy hitters such as LOCASH, Cole Swindell, Lonestar, Frankie Ballard, and Easton Corbin. The South Carolinian’s debut single “She’s Carolina” was beyond impactful in his home state, banking more than one million views on Facebook for the “Carolina” lyric video. Webb is currently on his “Gettin’ Somewhere” Tour, performing in cities across the nation. The singer is planning to release his next single this summer.