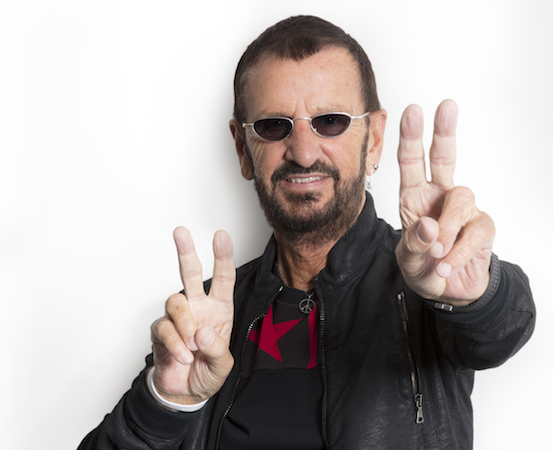 Nashville, Tenn. (January 22, 2019) — The world’s most renowned drummer and Beatles legend Ringo Starr & His All-Starr Band are hitting the road in celebratory fashion for the group’s “30th Anniversary Tour.” Starr and his band will make their debut in Star City, Roanoke, Virginia, at Berglund Center on Tuesday, August 13, 2019 at 7:30 pm/ET.

Alongside his All-Starr Band — Steve Lukather, Colin Hay, Gregg Rolie, Warren Ham, Gregg Bissonette and Hamish Stuart — Starr’s set will include his original-solo songs as well as the classics true Beatles fans will want to hear.

Berglund Center is located at 710 Williamson Rd NE in Roanoke.

Born Richard Starkey on July 7, 1940, Sir Ringo Starr knew “at a very young age” what he wanted to do. Since beginning his career with The Beatles in the 1960s, Ringo has been one of the world’s brightest musical luminaries. He has enjoyed a successful, dynamic solo career as a singer, songwriter, drummer, collaborator, and producer. He is a longtime advocate for humanitarian and environmental causes. Throughout his career he has received nine GRAMMY® Awards, and has twice been inducted into the Rock and Roll Hall of Fame — first as a Beatle and then as solo artist. Between 1970 and 2017, Ringo has released 19 solo studio records. He has acted in over 15 films, received an Academy Award®, and has been nominated as an actor for an Emmy®. Ringo has published four books, his most recent, ‘Another Day in the Life’ was released in November 2018. In March 2018 Ringo was knighted by Prince William, having been selected for the honor by Queen Elizabeth II for knighthood for his music and charity work. For all his many creative successes, Ringo is and always will be first and foremost a musician, a drummer. Peace and love are his life’s rhythm and melody, and he propels this universal message in everything he does: his evocative artwork, his enthused live performances, his legendary songs, all imbued with the joy, reflection, and wisdom of the music icon the world knows and loves simply as “Ringo.” For more on Ringo Starr, visit ringostarr.com.

Outback Concerts is an independent, full-service concert and comedy promoter based in Nashville, TN. In addition to producing hundreds of concerts and events each year, ranging from clubs to arenas across the country and Canada, Outback Concerts also produces the Nashville Comedy Festival. Outback Concerts President Mike Smardak was a 2011 inductee of the IEBA Hall of Fame. In November of 2016, Mike Smardak was honored with a distinguished NATD Award alongside Nashville’s most recognized members of the entertainment industry. In March of 2018, Smardak was honored by the T.J. Martell Foundation with the Tony Martell Outstanding Entertainment Achievement Award. Promoter Andrew Farwell was voted IEBA Rookie of the Year in 2014.