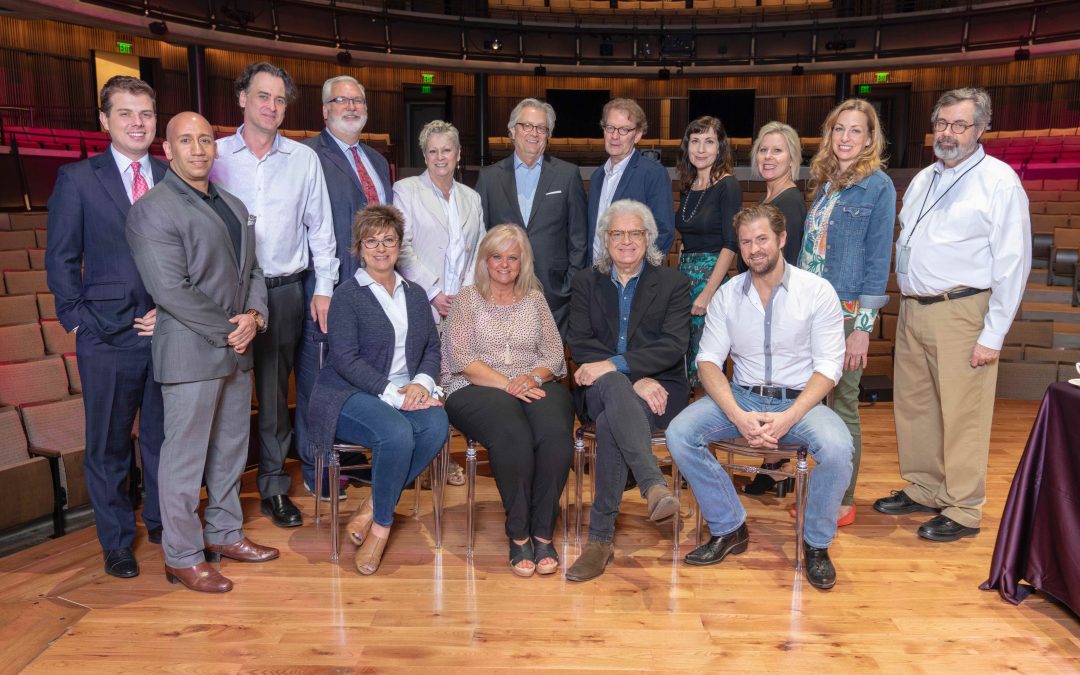 Nashville, Tenn. (June 1, 2018) — Ricky Skaggs was recently invited to spend some quality time with Country Music Hall of Fame® and Museum staffers at a private luncheon held in the CMA Theatre in Nashville. The event was organized by museum officials to celebrate Skaggs’ upcoming induction into the famed institution.

“It was so kind of the Hall of Fame to have a luncheon in my honor,” says Skaggs. “We had such a good time. I started telling them old Bill Monroe stories, one after the other, and they went for over an hour. I’m so honored to be the newest living inductee into this hallowed Hall. It’s a dream come true for me.”

Later this year, Skaggs will be formally inducted into the Country Music Hall of Fame, alongside the late Dottie West and the late Johnny Gimble. In the meantime, the country and bluegrass legend is keeping the tour trail red hot. Next week, he’ll have a strong presence at CMA Fest in Nashville when he appears on the CMA Close Up Stage, as well as a full band performance at Nissan Stadium.

(*Photo courtesy of the Country Music Hall of Fame® and Museum)