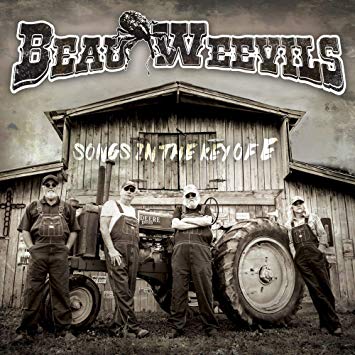 Nashville, Tenn. (January 16, 2019) — The music of Country Music Hall of Famer Charlie Daniels is no stranger to critical acclaim and his latest studio album, Beau Weevils – Songs in the Key of E, is again proving just that. Since its October release, Beau Weevils (collectively made up of Daniels, James Stroud, Billy Crain and Charlie Hayward) has critics raving:

“Beau Weevils – Songs in the Key of E offers swampy, toe-tapping, story-telling in which Charlie Daniels creatively showcases his distinct voice, musicianship and the skills of some of Nashville’s best players.” -Cindy Watts, The Tennessean / USA Today

“A revelatory reinvention of a living legend. The collection is called Beau Weevils – Songs in the Key of E, and you need it in your life.” -Robert K Oermann, Music Row Magazine “The blues, rock and country dive deep into the swamp when Charlie Daniels and his new band the Beau Weevils go back to their roots of loud guitar and thumping drums. Story telling, driving melodies and fun blast from the speakers and the stage, thanks to this magic combination.” -Storme Warren, SiriusXM

“Daniels follows his music where it takes him, and this album carries him into some new territory that allows him to experiment successfully with a new approach.” -Henry Carrigan, No Depression “The players combined a swampy rock sound with funk and jazz, then stirred in a little taste of southern Delta blues style to make magic in the studio, giving the music fan an album that plays beautifully from start to finish.” -Vernell Hackett, Elmore Magazine

“Charlie Daniels and the Beau Weevils do not disappoint, and it proves that Daniels is like fine wine, where he only gets better with age. This 10-track CD garners an A rating.” -Markos Papadatos, Digital Journal

The new ten-track album that Daniels describes as “Downhome, Swampy Rock meets Funk with a little taste of ‘Delta’ type of style,” features the country legend on lead vocals, guitar and fiddle, Stroud on drums and percussion, Crain on guitar, and Hayward on bass.

“Beau Weevils – Songs in the Key of E is the culmination of a long held desire of James Stroud and myself to do a project together,” says Daniels. “We had worked together, with James in the capacity of producer, which resulted in some of our most successful albums for The Charlie Daniels Band. He’s one of the finest and most soulful drummers in the business, and I figured we could get together, musician to musician, and come up with something special. We just needed a vehicle in the form of songs that would fit the bill.”

The album is available for purchase now at iTunes, Amazon, Google Play and charliedaniels.com.

Beau Weevils – Songs in the Key of E Track Listing: