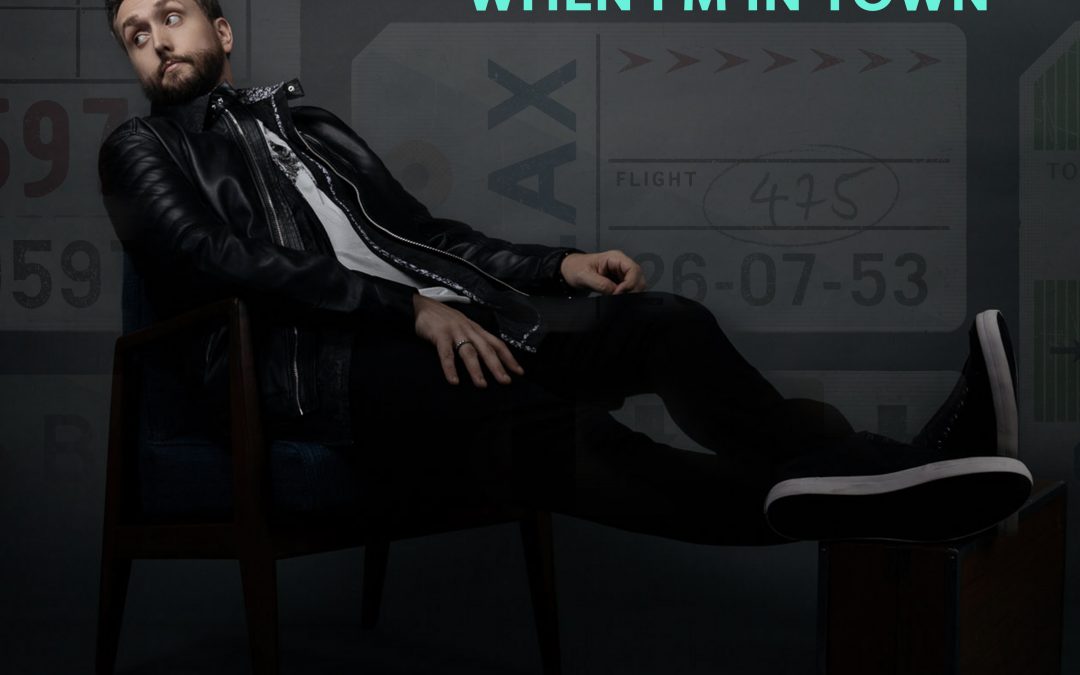 The single depicts the career of an artist who’s struggling between his chaotic life on the road and his personal relationship with a significant other, promising that “I’ll give my all when I’m in town.” The Atlanta native co-write the tune with the GRAMMY® and Emmy Award-winning Will Edwards, who also serves as producer.

“‘When I’m in Town’ is a genuine representation of what it feels like when life gets too busy, while you’re trying your best to let those important to you know that you still care,” explains Morgan. “It’s an honest song and the truth is what will empower it. I think those who’ve been there will understand immediately.”

The soulful track gives a sneak peak into what fans can expect from Morgan’s full-length album, anticipated for early 2019. “When I’m in Town” is now available on all digital retailers and streaming services. Purchase links available HERE.

*Digital review copies of “When I’m in Town,” available to media upon request

The music of James Patrick Morgan – the latest signee to the Copperline Music Group – borrows from many different musical streams – pop, hip hop, blues, and gospel. He credits that to his growing up in Georgia – and his time spent developing his art in the club scene of Atlanta. All of those sounds can be heard in his debut single for the label, the thought-provoking “When I’m in Town.” Written from the standpoint of a traveling musician, the track is sure to touch the heart of anyone who spends their time on the road between “here and there.” The song is the first single from his exciting debut project for Copperline. Morgan will also be taking his new music to the fans – a place he loves to be. “Just give me a microphone and a guitar. I’m ready to go,” says Morgan.